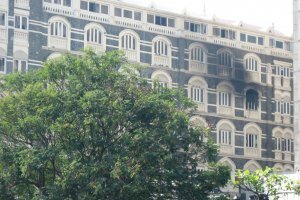 The Supreme Court of India has rejected 26/11 gunman Mohammed Ajmal Amir Kasab’s plea and has upheld his death sentence. Kasab, of Pakistani national, was involved in the November 26, 2008 terrorist attack in Mumbai and is the only militant in the custody of the Indian police.

25-year-old Kasab has earned for himself five death penalties and an equal number of life terms in prison for committing multiple crimes of “a horrendous kind” in India, the Supreme Court verdict read.

Some of the main charges against Kasab were -- conspiracy to wage war against the Indian government; commission of terrorist acts; criminal conspiracy to commit murder; and causing explosions punishable under the Explosive Substance Act, 1908.

He was found guilty of all the charges against him.

According to the prosecution, a “sinister conspiracy was hatched in Pakistan” and “a savage attack was unleashed on Mumbai by a team of ten terrorists”, including Kasab, who landed on the city’s shores via the Arabian Sea.

The attack began on November 26, 2008 just after 9pm and it ended when the last of the attackers, who was holed up in Hotel Taj Mahal Palace, was killed by the Indian security forces 12 hours later.

According to the court authorities, the brutal assault left Mumbai scarred, shocked and traumatised.

The Supreme Court’s verdict comes 18 months after the High Court of Mumbai upheld Kasab’s conviction and sentence him in February 2011.

The Supreme Court awarded Kasab the same punishment after rejecting his argument that he hadn't received a fair trial.

Kasab was able to get legal assistance of a standard and quality that is not available to a majority of Indian nationals approaching this Court against their conviction and sentence, it noted.

On November 26, 2008, the terrorists attacked Mumbai, India’s financial capital and killed 166 civilians and injured around 240 people.

Among the dead were 18 policemen and security personnel and 26 foreign nationals including delegates of European Parliament Committee on international trade.

British Conservative MEPs, Sajjad Karim and Syed Kamall were also at the scene of the attack and witnessed it.

Of those dead, at least seven were killed by Kasab himself, 72 were killed by a team effort between kasab and one Abu Ismail (deceased accused no.1). The other deceased were victims of the conspiracy to which Kasab was a party along with the nine dead gunmen, the Supreme Court noted.

The loss to property resulting from the terrorist attack was estimated at 150-crore rupees.

Apart from Kasab, two other accused, namely Fahim Ansari and Sabauddin Ahamed, both Indian nationals, were also arraigned before the trial court and indicted on the same charges as the appellant.