Alia Bhatt and Shah Rukh Khan will be seen onscreen for the first time in the upcoming Bollywood film Dear Zindagi. And the two are already winning over fans’ hearts with their quirky conversations in Dear Zindagi Teaser and the witty question-answer session on Twitter. 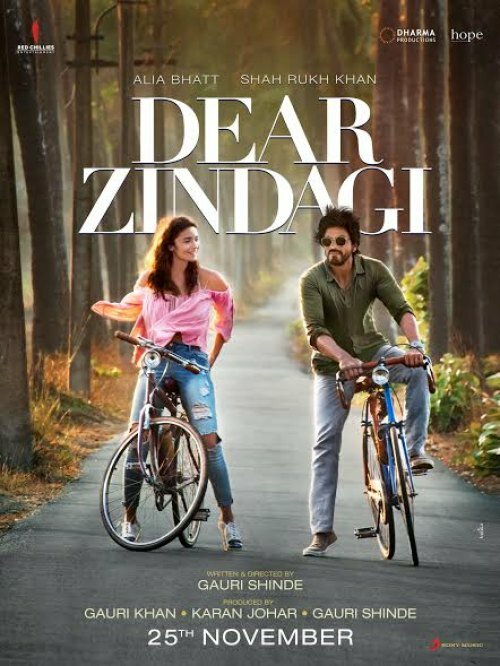 The first poster of Dear Zindagi features the vibrant Alia, who plays the protagonist in the film, along with Shah Rukh Khan. The friendly, playful vibe between the two is evident as they pose with bicycles in the poster which.

And the first official teaser is all about enjoying the little pleasures of life and nature and freedom. Check out the teaser:

Dear Zindagi, slated to release on November 25th is Gauri Shinde’s directorial venture. A story about life and its little joys, Dear Zindagi is about Kaira, a budding cinematographer in search of the perfect life. A chance encounter helps her gain new perspective, as she discovers that happiness is all about finding comfort in life's imperfections.

Going the unusual way for promotions, the film’s first look poster was launched today with a quirky twist. A chirpy Alia Bhatt took to Twitter to share videos voicing some questions she has from life. 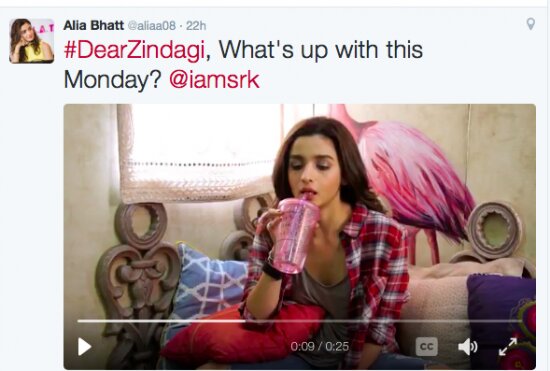 She poses these simple questions to “Dear Zindagi”. 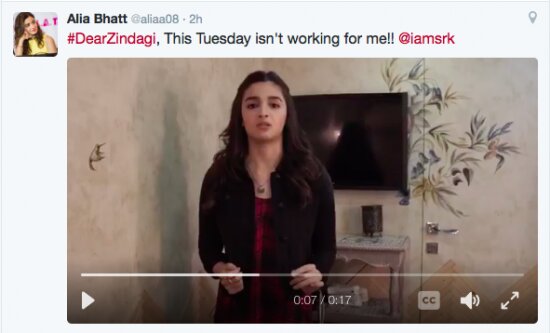 And she got her life answers from none other than Shah Rukh Khan, in quick, witty repartee. 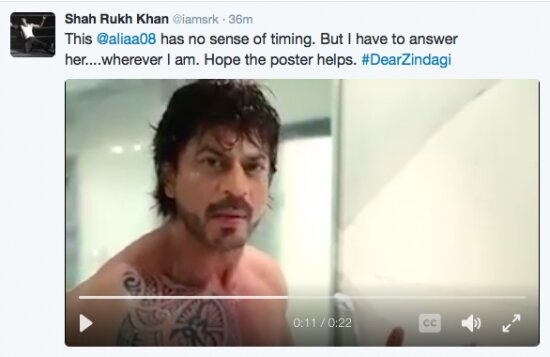 Alia’s innocent questions and SRK’s tongue-in-cheek replies are leaving the fans with a smile. 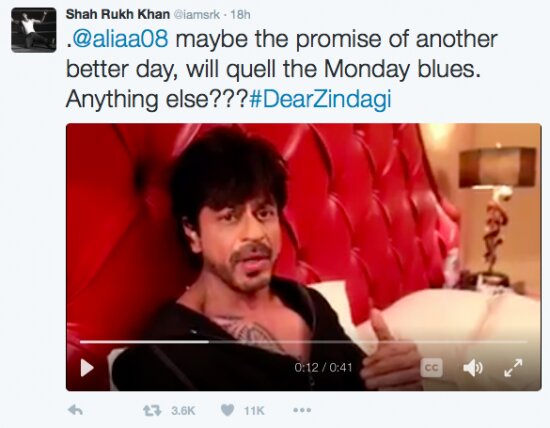 This Twitter banter between the lead pair of Dear ZIndagi was followed by the film’s first poster. SRK and Alia’s unconventional casting and the evident camaraderie are certainly generating a great deal of interest amongst the audience.

Dear Zindagi has been helmed by the director of the critically acclaimed English Vinglish, Gauri Shinde. The movie has been jointly produced by Gauri Khan, Karan Johar and Gauri Shinde under the banners of Red Chillies Entertainment, Dharma Productions, and Hope Productions respectively.