UK’s Cabinet Office Minister Francis Maude is on an official visit to India where he is meeting business leaders, ministers, security officials and academics to strengthen the co-operation between the two countries on issues of cyber security, open governance and digital innovation. 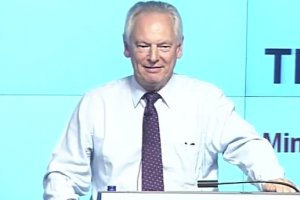 Maude is in India between September 12 and September 17, 2013 and will visit Delhi, Mumbai and Bangalore.

He will discuss how the UK and India can work together to improve open governance and the use of digital channels to deliver public services more efficiently, and to strengthening cyber security. When in New Delhi, Maude will speak on these topics at the Observer Research Foundation.

In Mumbai, the UK minister will meet senior representatives of Indian IT companies that have significant investment in the UK, as well as civil society representatives to discuss the role of open government and social enterprise.

And in Bangalore, he will meet heads of IT companies and those involved in the wide range of partnerships between Bangalore and Cambridge -- both technology hubs. He will join the Vice-Chancellor of Cambridge University, Professor Sir Leszek Borysiewicz, at a reception to celebrate the research and innovation ties between the two cities.

“The UK and India are building a stronger, wider, deeper partnership, attuned to the needs of the 21st century and to the benefit of both our nations,” Maude said after arriving in India.

The growing co-operation on issues, such as open government, public sector reform, open data and cyber security between our two governments, businesses, civil society organisations and technology hubs, is central to this, he added.

“Our digital partnership with India is one we value highly,” Maude said.

At the start of his six-day visit to India, Maude also opened the new Chevening-TCS Cyber Policy Scholarship for applicants for 2014.

The scholarship is part of the growing UK-India partnership on cyber policy, internet governance and cyber security and will run for an initial period of three years with the first course starting in February 2014.

It is aimed at outstanding mid-career professionals from India that have the potential to be leaders in their chosen field. The course, co-designed by TCS, will be run by Cranfield University at the Defence Academy of the UK.

In the first year, six scholars will be chosen on the basis of their relevant skills and experience. They will be drawn from India's private sector, government, other public sector, academia, law enforcement and judiciary.