British multinational pharmaceutical company, GlaxoSmithKline, has initiated an open offer to raise its stake from 50.7% to up to 75% in its Indian arm. The company will spend to the tune of £629m (INR 64bn) for the offer. 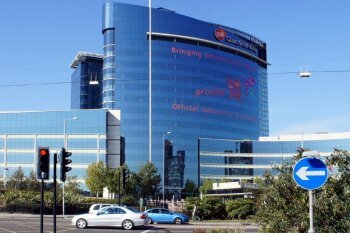 The move is seen as an effort by GSK to increase its presence in India – an important market for it.

The healthcare company plans to keep the Indian firm publicly listed. The voluntary offer will enable GSK to acquire 24.3% of the total outstanding shares of the Indian arm.

“For GSK, this transaction will increase exposure to a strategically important market,” said David Redfern, its chief strategy officer.

The offer, of INR 3,100 per share, represented a premium of approximately 26% to the company’s closing share price on the National Stock Exchange (NSE) on 13 December, 2013. It also represented a 19% appreciation over a year.

GSK’s Indian subsidiary manufactures pharmaceuticals and vaccines across multiple therapeutic areas including respiratory, cardiovascular, oncology, anti-infectives and dermatology. It employs more than 5,000 people and its turnover for 2012 was INR 26bn with a pre-tax profit of INR 9.8bn.

The British company is also known in India for its household brands such as Horlicks.

Subject to regulatory clearance from Securities and Exchange Board of India (SEBI), the open offer period will begin in February 2014 and is managed by HSBC India.