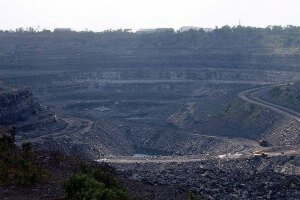 The coal mining controversy or “coalgate” scandal has gripped the nation’s attention for the past few weeks and has highlighted the irregularities in the handling of the nation’s coal deposits.

It has garnered international media attention and the main Opposition party in India has called for the Prime Minister to resign over the allegations. But what is the full story of the Indian coal mining scandal of 2012?

India is one of the largest producers of coal with regions such as Orissa, Chhattisgarh and Jharkhand being coal-rich. The state-owned Coal India Limited (CIL) is the only organisation selling coal in India.

When the UPA government came to power in 2004 and was planning to increase India's power capacity, it found that the CIL would not be able to produce enough coal required for the power plants.

So, the government started allotting more mines to both private and state-owned players, to help them generate power for their own use.

The problem started when the Comptroller and Auditor General (CAG) of India accused that the Indian government, now led by Prime Minister Manmohan Singh, was providing the nation’s coal reserves to private as well as state-run organisations in an arbitrary manner rather than following the protocol of auctioning them publicly and providing it to the highest bidder.

A draft report from government auditors that was leaked in March 2012 estimated that the loss to India between 2004 and 2010 because of the selling of coal deposits without open bidding was about $210bn (£133bn).

The CAG report is critical of the allocations on three main counts:

According to the government’s main Opposition party, Bharatiya Janata Party (BJP), the Congress-led government has arbitrarily and discretionarily allocated as many as 142 coal blocks to “private entrepreneurs most of whom were traders and not actual users.”

Several allotments were made without the recommendation of the State governments and that the government did not implement a competitive bidding policy “so that 142 successful entrepreneurs could be arbitrarily selected,” according to Arun Jaitley, leader of the Opposition party BJP.

Deepening the impact of the loss to the government, it emerged that 58 companies have allegedly failed to develop their coal fields after winning licences without proper bidding.

The Screening Committee mechanism was a “farce” as officials in the government influenced the decision, Jaitley said.

“Some of the Ministers of State did not come out with any credit. Their role in these allotments appears to be dubious,” he added. “The whole process of allocation of coal blocks stinks.”

The BJP has called for the PM to resign over the scandal saying Singh was heading the coal ministry for five out of the eight years when alleged misappropriate sales occurred.

The call has left the Parliament in a deadlock since Tuesday, August 21.

But the government and Singh have vehemently denied any wrongdoing.

Finance Minister P Chidambaram has also defended the government. He termed the CAG report as flawed by saying that if coal has not been mined, there is no question of gain or loss and the notion of this presumptive loss is “flawed”.

The coal referred to by the CAG and the Opposition party is still unexploited and the policy for allocation of the coal blocks has been the same since 1993, Chidambaram said.

But the government’s defence that  -- "the loss can arise only if one tonne of coal is taken out of mother earth and sold at some unacceptable price" -- has been slammed by its critics.

The “coalgate” scandal has also caused widespread anger among many Indian people and hundreds of anti-corruption protesters took to the streets to demonstrate against Indian PM Manmohan Singh.

Anti-corruption activist Arvind Kejriwal and supporters of Team Anna were detained on Sunday, August 26 when they were marching towards the residences of the PM and Congress and BJP party members on the issue of the coal mining controversy. They were released later on the same day.

The Delhi Police used tear gas and water cannons on the crowd to prevent them from entering high-security areas in the capital.

Althoug the fury over the coal mining controversy and lack of transparency continues to grow, the government has called for an end to the Parliament deadlock.

In his speech to the Parliament on Monday, August 27, 2012, Singh said the allegations of impropriety are without basis and unsupported by the facts.

A day later, on August 28, 2012, Indian National Congress party leader Sonia Gandhi toughened her stance against the allegations. Gandhi accused the Opposition party of holding the nation to ransom over the coal blocks allegations against the Congress-led government's ministers.

As the Parliament deadlock continues and as the Opposition wants an independent inquiry into the allocations, the government is looking to de-allocate 58 out of 142 coal blocks -- 30 of these coal blocks were given to private sector firms while 28 were allocated to state-run companies.

The coal mining controversy is the latest scandal to hit the Congress-led government in its latest term. Previously there have been allegations of corruption against UPA government ministers around the 2012 Commonwealth Games as well as the telecom licensing 2G spectrum scandal.

The final recommendation of the inter-ministerial committee which is reviewing the coal blocks issued since 1993 is likely to reach the Coal Secretary by Monday, September 10, 2012.

Indian Police have carried out raids across 10 cities as part of the investigation into the alleged misappropriation in the allocation of coalfields. Government officials and company employees too are under investigation.

What is coal block allocation?

Allocation of coal blocks to private companies for captive use (meaning using to fulfill a specific need for the country) commenced in 1993, after the Coal Mines (Nationalisation) Act, 1973 was amended.

This was done with the objective of attracting private investments in specified end uses. As the economy grew in size, the demand for coal also grew and it became evident that Coal India Ltd. alone would not be able to meet the growing demand.

Since 1993, allocation of captive coal blocks was being done on the basis of recommendations made by an inter-Ministerial Screening Committee which also had representatives of State governments, according to Singh.    Taking into account the increasing number of applicants for coal block allocation, the government, in 2003, set out guidelines for transparent coal block allocation.

But in the wake of the CAG report alleging misappropriation, the coal mining controversy has become to be known as the "mother of all scams" costing the Indian exchequer hundreds of billions of pounds.

New inputs have been added to this article since its publication on August 26, 2012 to keep the story up-to-date.