While last year’s London Mela -- the festival’s tenth year – was celebrated with carnival, concert and exhibition, the 2013 London Mela festival was “even bigger and better than ever,” bringing together artists from around the world as well as homegrown talents, according to its organisers. 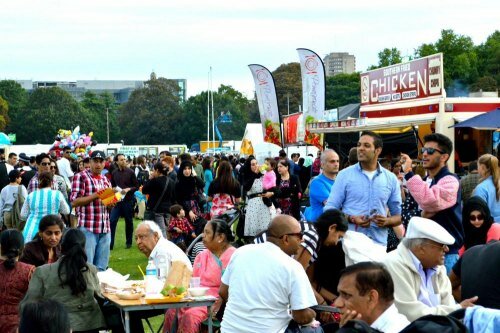 Artists such as Bally Sagoo, AS Kang, Nafees, Raasmasters, and DJs Yasser and Kan-D Man among others performed at the event. The Outdoor Arts stage presented group Nutkhut’s latest show – Swyron - while the Magic Mela zone catered to the children at the fest. 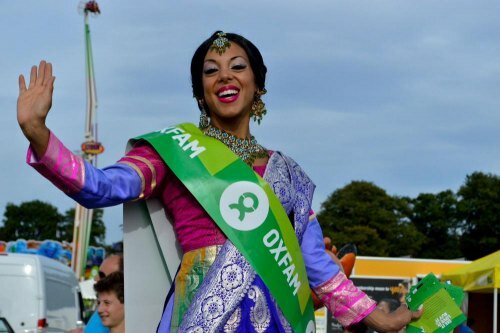 “This year’s London Mela offers one of the most ambitious and authentic arts programmes across the UK Mela sector. As an artistically led festival, firmly rooted in the community, we are proud of the unique way in which audiences, artist and participants, alongside our funders and sponsors, all come together and celebrate,” its artistic director, Ajay Chhabra said. 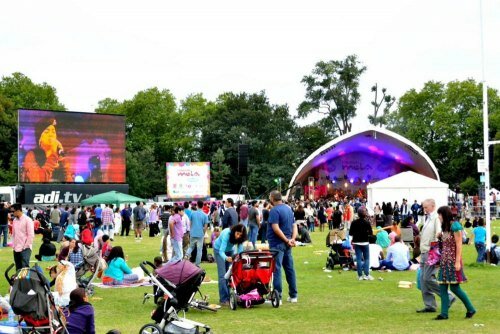 London Mela showcases the huge variety of Asian arts and culture, according to Mayor Boris Johnson.

The annual festival is produced jointly by Ealing and Hounslow councils and is supported by the Mayor of London.

About 13.2% of London's population is Asian [according to the 2001 census], making up more than one in eight Londoners. The London Boroughs of Ealing and Hounslow have some of the largest Asian communities in London (24% - 73,851 in Ealing and 24.7% in Hounslow). Other London areas such as Brent has 27.8% and Harrow has 29.7% of its population as Asian – all neighbours of Ealing where the festival is held. 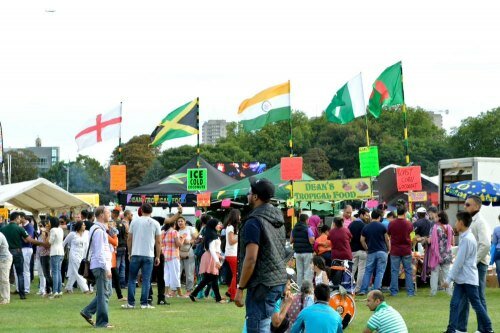 London Mela attracts members from the Asian subcontinent living in London as well as the locals of all age groups.

Hounslow borough’s councilor, Jagdish Sharma said that the festival highlights “everything that’s good about South Asian culture and the important role it now plays in the everyday lives of Londoners in general.” 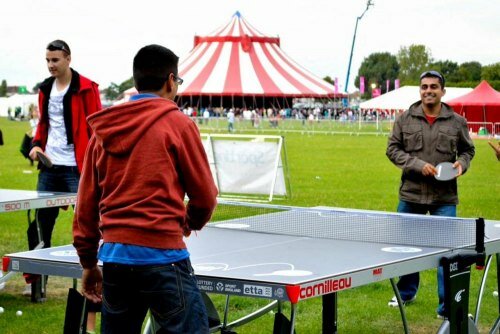 Visitors to London Mela 2013 at Gunnersbury Park in Ealing treated themselves to a game of Carrom - popular among Indians
Image: India News Bulletin

Meanwhile, the leader of Ealing council, Julian Bell said that London Mela provides a great opportunity for all people in the community to come together to discover the best of south Asian arts and culture. 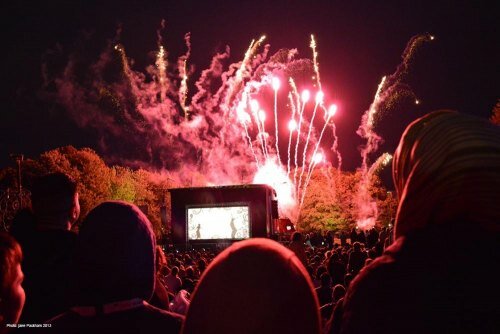 This year's Mela came to a close with a theatrical firework finale based on the legend of Rama and Sita.