Bollywood star couple Saif Ali Khan and Kareena Kapoor are officially husband and wife as the couple registered their marriage in Mumbai ahead of a grand wedding ceremony in the Pataudi palace later this week. The bride's favourite designer Manish Malhotra posted the picture of the newlyweds on Twitter as well as posted a picture of hilself and bride's sister Karisma Kapoor.

Saif and Kareena, who have been dating each other for five years since 2007, registered their marriage at Khan’s Mumbai residence in Bandra amid company of their close friends and family including Kareena’s sister Karisma Kapur and her children as well as Saif Ali Khan’s sister Soha Ali Khan, mother Sharmila Tagore and his two children from his first wife Amrita Singh. 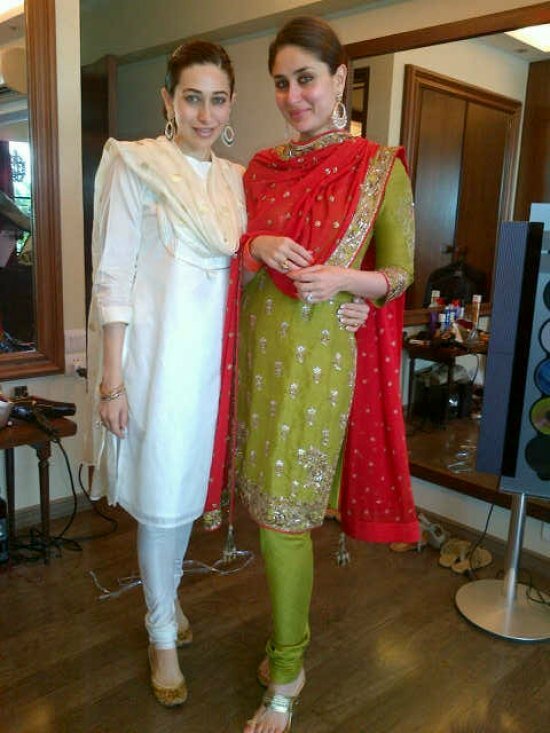 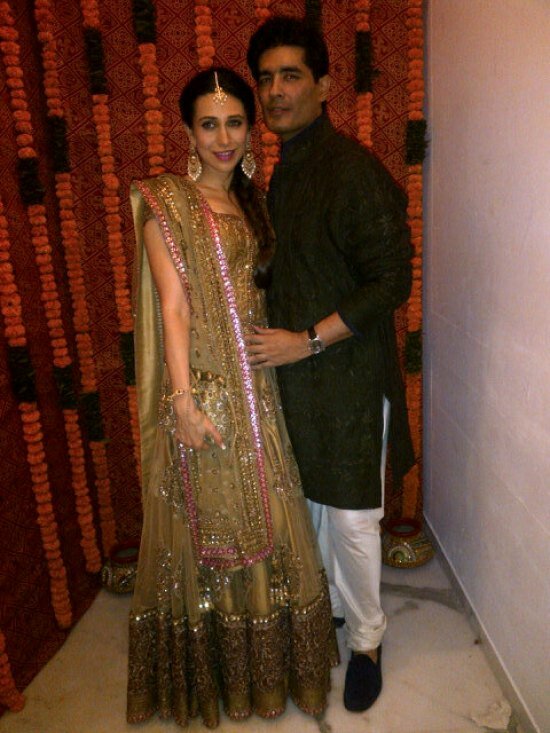 Kareena’s sister Karisma was dressed in a simple white and cream salwaar kameez with her hair tied back. She had teamed up her simple look with big ear-rings to add a bit of a glamour to her looks.

Kareena Kapoor’s best friend Amrita Arora who is pregnant with her second child congratulated the couple on Twitter. “Congrats my darling Beebo n Saifuuu...Love you both and wish you all the best in life forever,” she said.

The Saif-Kareena wedding is likely to be the Bollywood wedding of the year as both the actors belong to the film fraternity. Kareena’s sister Karisma Kapoor, cousin Ranbir Kapoor, cousin Sonam Kapoor, and yesteryear’s Rishi Kapoor, Randhir Kapoor and Neetu Singh as well as Saif’s mother Sharmila Tagore and sister Soha Ali Khan will play major part in the grand wedding ceremony