James Bond is quintessentially British and is synonymous with machoism, style and posh accent! So when Bond actor Pierce Brosnan endorsed Pan Bahar mouth freshener in an ad, it prompted mixed reaction from viewers and some jokes and memes.

Ashok & Co. Pan Bahar Ltd. is a company known for Pan Masala - the ethnic Indian mouth fresheners (betel leaf flavour) and tobacco. Most of Pan Masala ads are themed around machoism and style and feature celebrities including Saif Ali Khan, Fardeen Khan and Feroz Khan among others. This is the first time a British actor is seen endorsing Pan Masala and the one-minute ad has left some viewers slightly miffed and some others amused.

The Pierce Brosnan Pan Bahar ad film begins with the sauve British actor riding on a slick car with a pretty lady. He is carrying nothing but a bottle of Pan Bahar mouth freshener and is seen attacking thugs with the bottle and then gently kissing the jar every time it hits a thug. Brosnan is shown with all the essential Bond charm – style, poshness and flirty eyes. The ad, shot like a mini film full of lavish ambience, glamourous women, thugs and villain. He then sits on the ‘throne’ and mouths the words: “Pan Bahar – Class never goes out of style.”

Pan Masala is not a gutkha but is associated by many modern Indians with highly addictive and dangerous flavoured chewing tobacco. Many see Pan Bahar ads as glamourizing gutkha and pan masala that millions of people chew and spit leaving red stains on public roads, walls and vehicles.

Many Indian states have even banned the open sale of gutkhas and there have been state-sponsored campaigns discouraging the use of such addictive products. It is amid this that British Bond star Brosnan is endorsing Pan Bahar. Here are some reactions, memes and jokes: 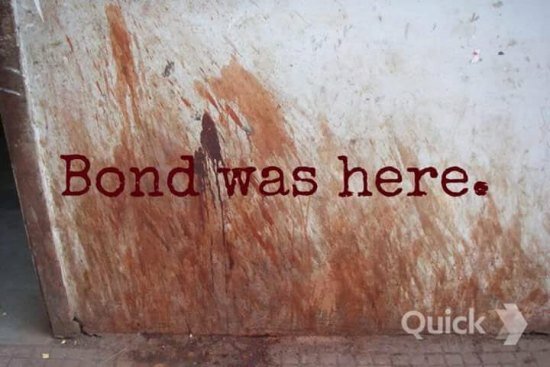 One said: "There is a bump on my head; a result of falling from the chair after watching an ad with Pan Bahar's new male model " while another said: "With Pierce Bronson endorsing Pan Bahar, Kanpur men suddenly have a swag and are seen wearing black suits with Bata chappal & chewing pan masala". Another one said: "As Pierce Brosnan is endorsing Pan Bahar, his new line should be - My name is bond, aakthoo(spits).. James Bond. "