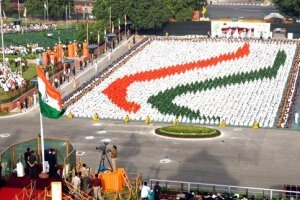 On India’s Independence Day, Prime Minister Manmohan Singh promised economic growth, transparency, inflation control and improvements in poverty and education but did not provide the government’s strategy to overcome these challenges.

In his Independence Day speech, the PM struck a note of introspection about what remains to be done for independent India 65 years on.

“We would achieve independence in the true sense only when we are able to banish poverty, illiteracy, hunger and backwardness from our country,” Prime Minister Manmohan Singh said.

He highlighted how India’s economy is affected by ailing global economy and zero growth in European countries as well as domestic issues such as struggling Indian currency and unfavourable foreign investment regulations.

Last year India’s GDP growth was at 6.5%, lower than the 8-9% growth it registered before the global economic crisis. But this year, the government hopes to do better.

“We cannot do much about the conditions that prevail outside our country,” Singh said. But India must make every effort to resolve the domestic problems to fuel economic growth and job opportunities, he added.

Singh blamed the lack of political consensus on many issues for the slowdown in economic growth.

“If we do not increase the pace of the country’s economic growth, take steps to encourage new investment in the economy, improve the management of government finances and work for the livelihood security of the common man and energy security of the country, then it most certainly affects our national security,” Singh warned.

But the Prime Minister did not outline the government’s plans and strategies to achieve its ambition of rapid economic growth and poverty eradication.

Along with a focus on growth, India must control inflation. Singh highlighted the measures his government has taken to deal with inflation – especially agriculture-related measures. The government has provided diesel subsidy in Indian districts which received less than 50% rainfall; it has enhanced seeds subsidy; and has increased funding for the government’s fodder scheme.

Singh also highlighted the importance of tackling malnutrition in India, having skilled workforce and improving educational opportunities for children in India.

He touched upon other issues such as violence in Assam state, Naxalism, India’s power and electricity crisis and internal security.

While dealing with economic issues and India’s development was high on the agenda, Singh did not fail to acknowledge India’s achievements in the fields of science and technology.

“I would like to congratulate our scientists and technologists who have enhanced our prestige by successfully testing the Agni V Missile and launching the RISAT- I Satellite in space this year,” he said. Among other scientific milestones, the government has approved the Mars Orbiter Mission under which its spaceship will collect important scientific information from Mars.

“This spaceship to Mars will be a huge step for us in the area of science and technology,” he said.

He also praised the efforts of the Indian armed forces and paramilitary forces in defending the security of the nation.

The Prime Minister also addressed the problems of deep-rooted corruption in India which is plaguing the country’s growth and prosperity. The government is committed to making the administration transparent and accountable, he said.

The Lok Sabha has passed the anti-corruption-related LokPal and Lokayukta Bill. The Bill is now in the Upper House (Rajya Sabha).

“We will continue our efforts to bring more transparency and accountability in the work of public servants and to reduce corruption,” he said. But he failed to explain exactly what measures the governmentwill undertake to make the administration more transparent.

“No power in the world can stop our country from achieving new heights of progress and development. What is needed is that we work together as one people for the success of our country,” Singh concluded.