Bollywood actor Saif Ali Khan rubbed shoulders with the who’s who of the fashion, sports and Hollywood fraternity this week at the Burberry Fashion show in London. 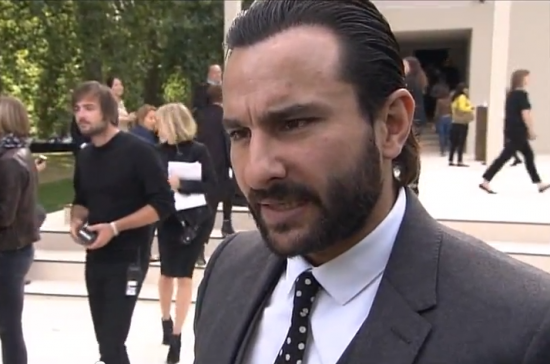 Pataudi Khan (42) was looking dapper in a sharp suit, waist coat and a polka-dotted tie at the event. He was present alongside Olympics gold medallist Victoria Pendleton, Slumdog Millionaire star Dev Pstel and Vogue editor Anna Wintour for the Burberry Fashion show.

Saif Ali Khan said he is a great fan of the British brand. “As far as Burberry goes… what’s amazing about the brand is that it is really for all ages and all styles,” Khan said. 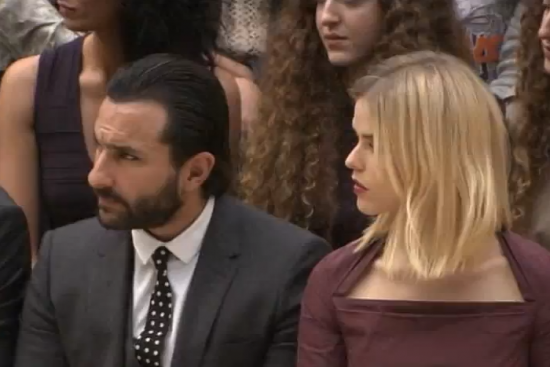 Victoria Pendleton and Dev Patel also said they too are big fans of the brands while Anna Wintour spoke about what great time it is for the British Fashion industry – the summer, the Olympics and topping it off with Burberry fashion show seemed right, she said.

Saif Ali Khan is reportedly in London to order a suit for himself for his imminent wedding to Bollywood actress Kareena Kapoor. According to rumours, their wedding is scheduled for October 19. However neither Khan nor Kapoor have confirmed or denied the rumours. 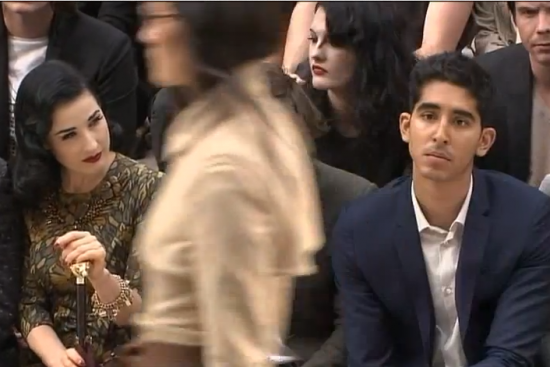 The Cocktail star is currently busy filming for his upcoming film Go Goa Gone and will be seen on the big screens early next year in the sequel for his film Race titled Race 2. Meanwhile, Kareena Kapoor’s film Heroine releases on Friday, September 21.