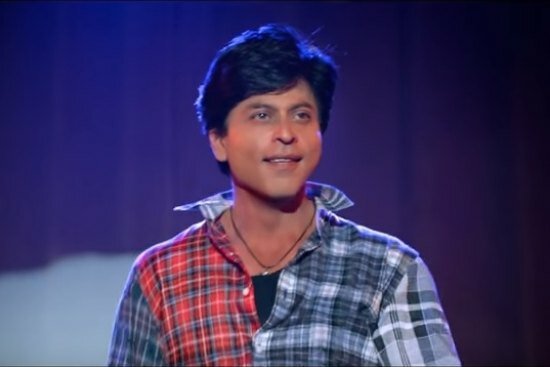 Gaurav Chanana played by SRK in the film Fan

Fan is slated for an April 2016 release but as a rare treat to SRK's fans on his 50th birthday, the short teaser was released. SRK's looks and acting as an obsessed fan has raised the expectations for the film. Talented Academy Award winner make-up artist Greg Cannom is the mastermind behind both looks of Khan in the film. 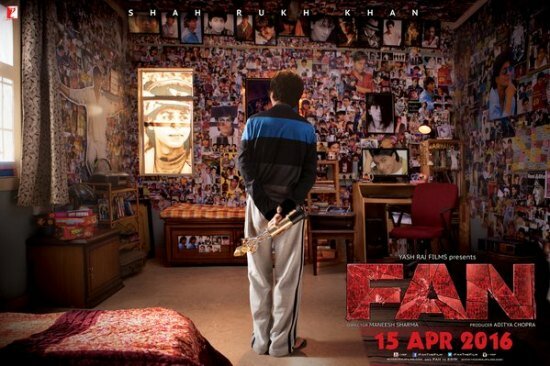 The teaser video shows Gaurav Chanana's passion and love for a superstar called Aryan Khanna. Gaurav is seen admiring Aryan in billboards, cinema halls, television, interviews, theaters, and print adverts. Gaurav's voice over conveys his love for the star, how he imitates what Aryan does, how he frequents cinema halls to watch Aryan's films, and how he fights anyone speaking ill of the star. In one scene, Gaurav is chided his mother for ignoring his study and devoting all his energy in admiring Aryan.

Following that moment, the teaser video introduces the face of Gaurav Chanana (also played by SRK) who is a spitting image of Aryan but a little bit different. Gaurav dresses, walks and talks like his idol and goes to win local look-alike competitions.

The 2:37 minute teaser 2 video of Fan has gone viral on YouTube attracting 1.5 million views in less than 3 days. Much of the response to SRK's performance as an obsessed fan Gaurav on YouTube is positive as it unleashes a different side to SRK and his acting capabilities.

Actress Parineeti Chopra on her Twitter handle welcomed the video saying: OMG completely unexpected!! SRK in and as FAN!!! Loooveee it!"