On Monday, March 6th 2017, Sony BBC Earth, India's new premium factual entertainment channel goes on air. Sony BBC Earth has actor Kareena Kapoor Khan as its brand ambassador and she gave a sneak peek into the incredible wonders of universe and nature through the ‘behind-the-scenes’ video. 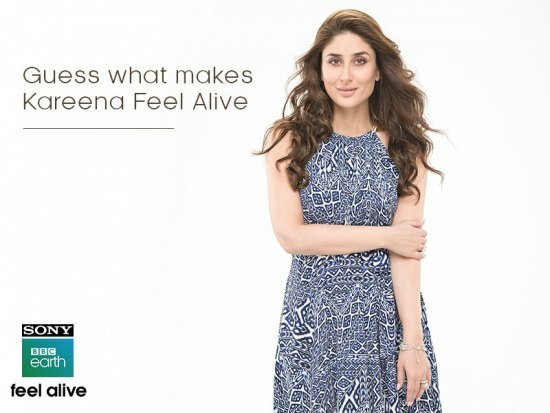 The ‘behind the scenes’ video of Sony BBC Earth featuring Kareena Kapoor Khan showcases the actress in stunning natural backdrop of snow, mountains and oceans. The actor is awestruck to see shuffling penguins, virgin waterfalls and mountains, spacecraft shoot-off, incredible species of birds and animals and even dips her toes in crystal clear water.

Here's the video of Kareena Kapoor Khan filming for the launch of Sony BBC Earth channel:

According to the BBC, the channel showcases the “incredible wonders of our universe, from the smallest creature under the microscope to the limitless expanses of space and brings viewers face to face with heart pounding action, mind blowing ideas and the wonder of being human”.

Sony BBC Earth will broadcast in HD and will be available in Tamil, English and Hindi across India.

“Sony BBC Earth will combine information and entertainment in real surroundings.  And audiences that crave the virgin thrill and adventure of exploring natural environments, demystifying science and rewriting history will find it difficult to meander away from this channel,” said NP Singh, Chief Executive Officer, MSM back in 2015.