The works of three leading contemporary artists from Kolkata, India -- Kingshuk Sarkar, Shreyasi Chatterjee and Sumitro Basak – have been selected to participate in an art fair at Saatchi Gallery in London, which displays works of world-renowned artists including Banksy and Damien Hirst.

The artworks of Sarkar, Chaterjee and Basak were selected by Griselda Bear, an independent consultant advising organisations in the  arts and wider educational and charitable sectors. 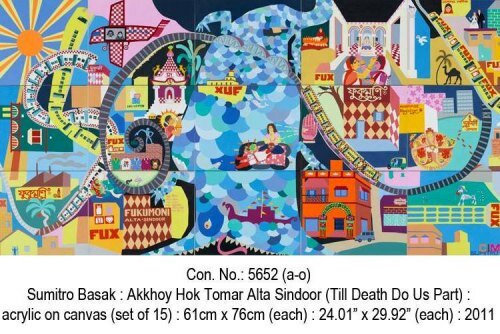 Bear is also a curator aiming to introduce UK audiences to the work of key artists from other parts of the world, involving  collaborations with galleries from Canada to India and throughout Europe.

The Indian artists’ works were on display as part of the STRARTA Art Fair at Saatchi Gallery between 10 and 13 October.

The group of large scale paintings from the Indian artists, will provide an introduction to the three mature artists, whose work reflects art which is from India without it being traditional but more cosmopolitan, according to the curators.

Bear collaborated with Kolkata-based CIMA (Centre of International Modern Art) gallery to showcase the works of the leading Indian artists for the first time in London. She was invited to curate one section. She chose to feature the three artists from Kolkata after first seeing their work at CIMA gallery during one of her visits to India.

“Bear was impressed by the distinctiveness of their artwork. These were artists who, in telling their story, demonstrated in different ways, ‘the international cross-currents as well as the local traditions that are deeply embedded in the rich cultural life of Kolkata'," according to CIMA.

Although Indian contemporary art is not a stranger to the UK because of the recent proliferation of Indian art exhibitions across England, little has been seen of art from the other cities in India, CIMA said in its press release.

Artist Basak’s works records the events of a period within a broader history. His visual chronicling of a time is akin to “literature”, CIMA said.  His popular artwork “Till Death Do Us Part” (pictured above) was on display at Saatchi Gallery.

“Story-telling is maybe my art practice, my actual medium, but I also like to draw, I like visual,” says Basak, who frequently travels across India and photographs the changes in the areas, cultural changes and increasing urbanisation.

“Basak’s work has teeth; it is both courageous and playful. It is fierce but without cynicism,” according to CIMA. 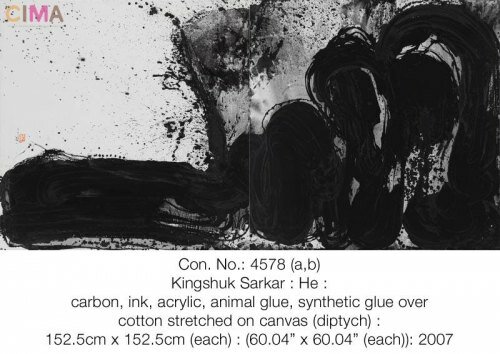 Meanwhile, Sarkar’s work features his characteristic fecund imagination influenced by his childhood experiences of terror in Assam and is visceral and sensuous. 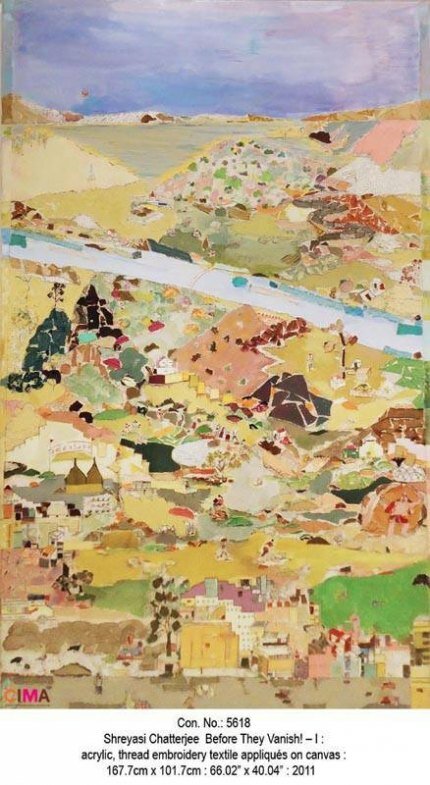 Chaterjee’s work displays sensitivity to the poetics of time and touch and documents a changing landscape – from rural and idealistic vision to industrialisation.