Holi, the Indian festival of colours, falls on March 17, 2014 and like every year, Britons and South Asians in the UK are gearing up to mark the Spring festival with fun, colours, traditional food, Bollywood and Bhangra. 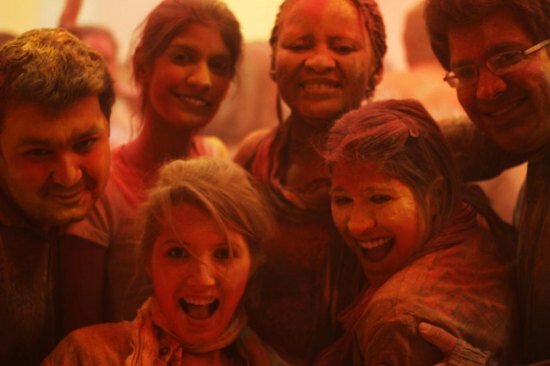 Holi in India is celebrated with the Holika bonfire -- suggesting the end of evil -- on the night before Rangpanchami --  the carnival of colours, mud, water balloons and bhaang.

Legend has it that demon Hiranyakashipu's sister Holika tried to kill young Prince Prahlad carrying the child into a blazing fire because she had a boon that protected her from fire. But miraculously, saintly Prahlad was safe while his aunt Holika burned to ashes. And so, Holi is celebrated by lighting a bonfire to symbolise death of the evil.

But beyond the religious nuances, Holi is also a fun festival bursting with colours, and the tradition to celebrate it with colours has been adopted worldwide.

In some regions of India, such as Bengal and Manipur, the festival involves celebrating Lord Krishna and Radha as a "divine couple".

Recreating this traditional magic in the UK is the Bhaktivedanta Manor which is hosting a "Holi & Gaura Purnima" programme on Sunday 16th March 2014 at the Manor. The festivities begin from 2pm onwards with bhajans in the temple room.

It will be followed by Rang Mela (colour throwing celebrations) between 4pm and 6pm and then the Holi bonfire and prasadam from 6pm onwards.

On the same Sunday, the Swaminarayan School at Brentfield Road, Neasden is celebrating Holi from 5pm onwards with Holi Lighting & Arti, Holi Darshan and bhajans. If you're going, don't forget to grab the popular hot vegetarian Indian snacks available at foodstalls at the Swaminarayan temple.

In addition to master storyteller Vayu Naidu's narratives, the event involved guests celebrating with 70kg of gulal (colours). This year too,  Naidu will bring the legend of Holi to life with her performance.

"And of course, there'll be great music, plenty of Bombay snacks, mithai (Indian sweets), House Chai, Thums Up, Limca," according to the organisers. 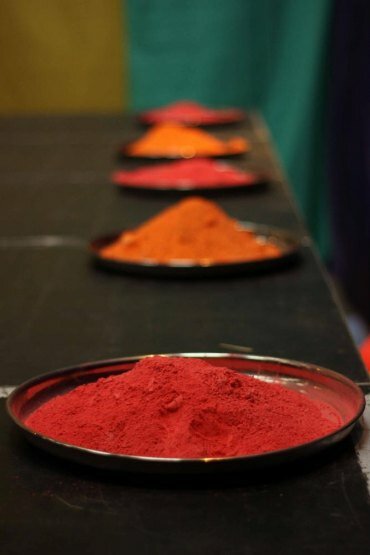 Tickets to Dishoom's Holi party are priced at £15 (per adult) and £8 (per child) – which includes entry to the event, storytelling, gulal, snacks and soft drinks.

Another Indian restaurant, Cinnamon Kitchen too is marking the renowned festival of colours between the 11th and 22nd March in the City at its Cinnamon Kitchen & Anise restaurants. The "paint-pelting" activity "is sure to turn the concrete grey landscape into a psychedelic skyline brightening everyone's day," according to the organisers.

It is also offering a 5-course Holi menu at £45 per person full with traditional Indian sweets and carrot Halwa as Holi specials.

Meanwhile, like every year, Leicester City Council will hold Holi celebrations on Sunday, March 16 at the Spinny Hill & Cossington Recreation Ground by lighting bonfire as well as by playing with colours, song and dance.

In Manchester, the Indian Association is hosting a "Hole Hai" event on Sunday, March 23 at Platt Fields Park between 1pm and 4pm  -- Playing Holi with colour powders until 2pm followed by food and performance activities. Entry is free for all but visitors have to pay for food and colours.

Britons' enthusiasm to celebrate Holi is reflected in the fact that the tickets for Holi Festival 2014 London, that will be held at Queen Elizabeth Olympic Park on Saturday 28th June, has already been sold out.

The event has been sold out even before the organisers -- Holi Concept GmbH, the founders and initiators of the first Holi Festival Of Colours in Europe -- have announced the performance line-up for the show.

As a response to the overwhelming enthusiasm in the UK, the organisers are either planning to either expand the location or add a Sunday event at Battersea Power Station- just like last year.

Holi 2013 celebrations at Battersea Power Station was one of the largest with as many as 30,000 people joining in to celebrate the festival.

Other global Holi organisers such as Holi One are also hosting the colour festivals in UK cities including Birmingham, Manchester, Newcastle and Cardiff this summer. The festivities include traditional colour smearing as well as performances by DJs, as well as Bollywood-style dance and music and snacks.

Keep watching this space for pictures of Holi festival 2014 celebrations in the UK. If you are hosting or attending a Holi event in the UK, please feel free to share your pictures and event details at .