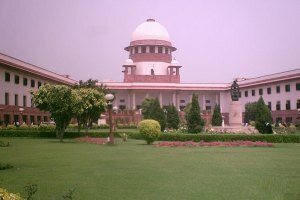 In a landmark ruling hailed as an important step in cleaning up Indian politics, the Supreme Court has ruled that MPs and MLAs convicted of a serious crime must be removed from the office.

The judgment came after Supreme Court justices AK Patnaik and Sudhansu Mukhopadhaya scratched out a provision in Section 8 of the Representation of the People's Act (RPA) that protects convicted lawmakers from disqualifying for future elections. The judges declared the safeguard provision as “ultra vires” (beyond the powers of the official) on July 10th.

The convicted lawmakers will also be barred from contesting in elections. The disqualification will apply from the date of the conviction.

“If any sitting member of Parliament or a State Legislature is convicted of any [punishable] offences mentioned and by virtue of such conviction and/or sentence suffers the disqualification, his membership of Parliament or the State Legislature, as the case may be, will not be saved by subsection (4) of Section 8 of the Act which we have by this judgment declared as ultra vires the Constitution 41 notwithstanding that he files the appeal or revision against the conviction and /or sentence,” the verdict read.

But the ruling will not affect lawmakers who have already filed appeals against their conviction and those lawmakers whose appeals and revisions are still pending before the concerned court, according to the justices.

In the wake of the Supreme Court ruling, the Association of Democratic Reforms (ADR) has released its analysis which revealed that almost 30% of sitting MPs and MLAs have declared criminal cases against themselves.

The ADR analysed 4807 MPs and MLAs and found that 1460 of these lawmakers have declared criminal cases against themselves.