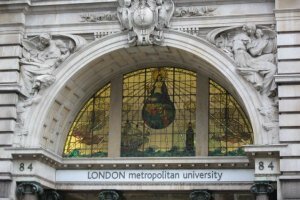 Thousands of foreign students, especially non-European Union studying in the UK and the prospective students are gripped by anxiety, concerns and confusion about visa regulations in the UK after the Home Office revoked London Metropolitan University’s license to authorise visas for international students.

Here is a quick guide for non-EU students, Indian students and international students who are looking for some clarity over the issue. The FAQ guide will help existing students affected by London Met’s HTS (Highly Trusted Sponsor) visa license status and other prospective foreign students.

This guide is based on the clarifications and advice offered by the UK Border Agency, the National Union of Students (NUS) and the University itself:

“Allowing London Met to continue to sponsor and teach international students was not an option,” said Immigration Minister Damian Green.

However, the Home Office insisted that these are problems with one university, not the whole sector and tha Britain continues to remain open to prospective foreign students including those from non-European Union regions.

Meanwhile, more information is available on the UKBA website for international students coming to the UK:

Are you a student who is affected by the Home Office's decision to revoke London Metropolitan University's HTS visa licence? Let us know by writing to us at .