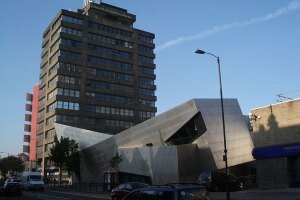 London Metropolitan University’s licence to issue visas for foreign students has been suspended by the immigration officers at the Home Office.


The university’s licence to issue sponsor identified numbers (CASs) for new student visas is suspended while it works to clarify issues raised in two recent audits by the UK Border Agency (UKBA).

The UKBA audits relate to the institution’s handling of students from outside of the European Union. According to reports, the officers were concerned about some international students' absence and their English language skills.

The university confirmed that the international students currently enrolled will not be affected during this period of review. Students already holding a student visa for entry into the UK are also not affected, it further clarified.

The university has drafted its response to the UKBA on Friday, July 20, its vice chancellor, Professor Malcolm Gillies said.

London Met has “worked hard over the last year to rectify previous inadequacies” and has conducted three of its own audits, Gillies added.

“It will instantly rectify any residual deficits in its current practice," he said.

The institution is expecting to continue receiving applications from international students, including for entry in August and September 2012.

London Met and its partners have over 10,000 international students, around 10% of London's total number of foreign students.  It is one of the ten most popular universities in England for foreign students.

London Met is the second university to lose its licence to recruit foreign students since the Home Office tightened the rules last year. Earlier in February, Teesside University's licence was suspended after the immigration officers expressed concerns over its administrative processes. Its licence, however, was reinstated two months ago.