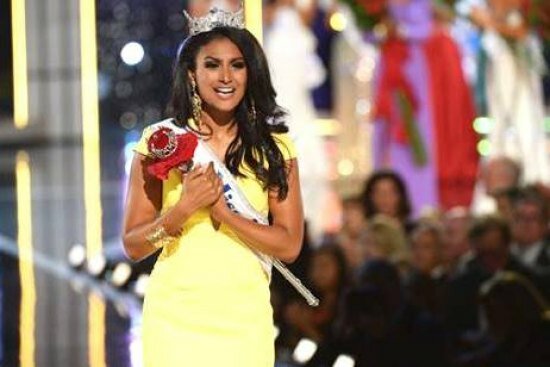 Born in the US capital to Telugu parents from Andhra Pradesh, Nina Davuluri holds other beauty pageant titles including Miss New York 2013 and Miss Syracuse 2013.

But Davuluri’s Miss America 2014 win has outraged several Americans who took to Twitter and the Indian American’s win soon took racist overtones with many commenting on her skin colour, weight and ethnic background. 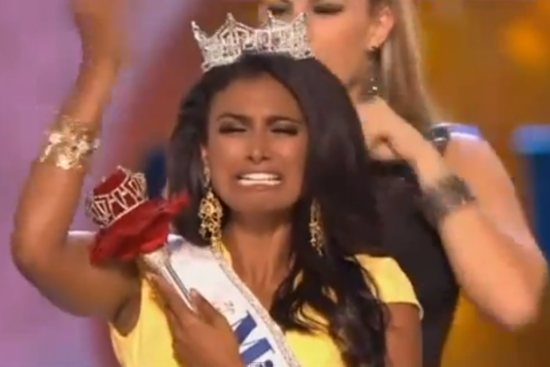 As she was announced the winner from among 53 contestants, some of the tweets read: “If you're #Miss America you should have to be American," and “When will a white woman win #MissAmerica? Ever??!!”

Another tweet read: “Miss America? You mean Miss 7-11,” highlighting the perception in the US about Indians running corner shops and convenience stores. 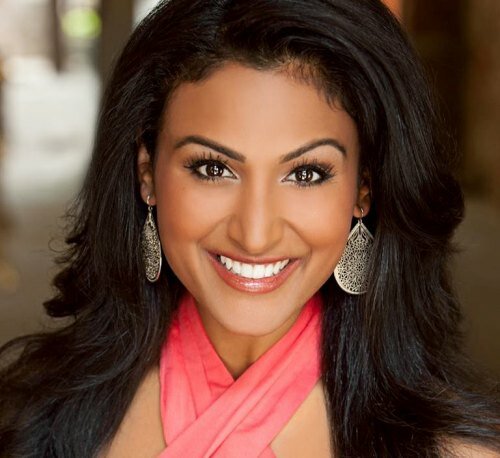 Outrage on Twitter continued with other users saying: “This is Miss America… not Miss Foreign Country” and “She is like not even American and she won Miss America!”.

But many Americans also came out in support of Nina Davuluri arguing that “anyone who is born in America is an American” and that “New York is part of America”.

According to reports, Davuluri too dismissed the controversy by saying that she has to “rise above” all this and that she has always viewed herself “first and foremost an American”.

Nina Davuluri and Miss America  were trending terms on Twitter soon after the national telecast of the Miss America contest on Sunday night. 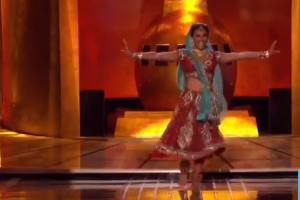 Davuluri, with strong Indian roots, is a trained Bharatnatyam and Kuchipudi dancer and loves to watch Bollywood and Tollywood movies. At the talent round of the Miss America 2014 contest, she performed a traditional Bollywood fusion dance routine dressed in a red and green, heavily embroidered ghagra choli.

Commenting that her win celebrates diversity, Davuluri said she will use the prize money she won as part of the pageant wisely.

She graduated from the University of Michigan with a degree in Brain Behaviour and Cognitive Science and intends to use the scholarship prize money of $50,000 to fund her education in medicine. Her father is a gynecologist and her sister is studying for medicine too.