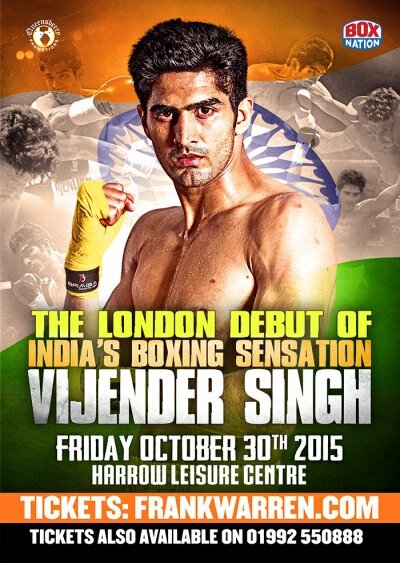 India's first ever middleweight professional boxing champion, Vijender Singh is coming to London to give his UK-based fans an action-packed show at Harrow. Last time, his London-based fans saw him in action in the city was during the 2012 London Olympics.

“I’m thrilled to be fighting in London as a professional for the first time and I can’t wait to meet with my fans in the south and give them some big-fight action,” Vijender Singh said.

“I’ve been overwhelmed with messages from fans congratulating me on the win and they keep asking ‘when are you coming to London?’, ‘you must come to London and fight’, so now they will now get to see me on October 30th. 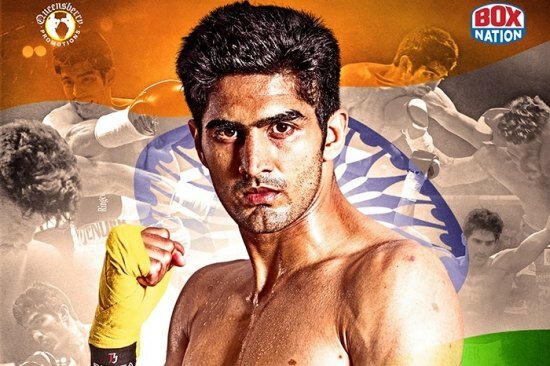 Vijender's London appearance comes just after he made his hugely awaited professional debut at the Manchester Arena on Saturday. He beat Sonny Whiting in threew ropunds with a devastating power punch in his trademark style. His London fans are expecting Singh to create the Manchester magic in the capital city's Indian-dominated suburb Harrow.

“Winning on last Saturday was a very big moment for me, I had my whole country watching me on TV, even the though they weren’t there it felt like they were and I knew that I had to give them something special and I did,” he said.

According to him, London is the most ‘happening’ place in the world. "There is a big buzz and magnetism in the city with sport and entertainment, the history and culture, so I can’t wait to bring more excitement when I fight there,”

“I have fantastic memories of when I boxed in London at the Olympics representing India as the captain of the boxing team and it was an amazing spectacle and occasion,”

“I was at the Boxing Writers’ Dinner in London on Monday night and I met many of the great fighters who were were world middleweight champions, such as Nigel Benn and Alan Minter, both great, great, fighters and I aim to be a world champion like them one day.”

Singh features on an action-packed event by hard-hitting WBO European Champion Jamie Cox who makes the first defence of his title. In addition, light-heavyweight Tom Baker from Chingford features in the chief-supporting contest against Margate’s Jack Morris for the Vacant Southern Area Light-Heavyweight Championship.

Tickets to watch Vijender Singh on the 30th at Harrow Leisure Centre are available for £65 (ringside) and £45 (unreserved) either on Ticketmaster or at Frank Waren Box Office. The show will also be televised live exclusively on Sky 437/HD 490, Virgin 546 and Talk Talk 415.