Labour party politician and Asian MP Keith Vaz has denied that the payments into his account were suspicious. Vaz's denial comes a day after British newspaper Daily Telegraph reported that a police investigation found that approximately £500,000 deposited in his bank account were of a "suspicious nature". 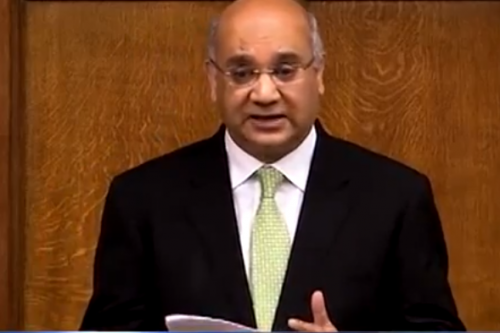 According to the Daily Telegraph report, detectives found that between 1997 and 2001, hundreds of thousands of pounds were deposited into the MP’s savings and current account in addition to his salary.

The Telegraph report further suggested that a police officer termed the payments into Vaz's account as suspicious.

"They were not suspicious in any way. They relate to the sale of a family home in London, the purchase of a new family home and a drawdown of equity from my bank," said Vaz in a statement denying any wrongdoing.

"When you sell a house and you buy a new house it is normal practice for the money to be paid into your account and then paid out," he continued.

The newspaper contacted Vaz on Sunday, September 30 in relation to the police investigation. "I asked them to supply me with a copy of the report but they did not have one," Vaz added. But the newspaper did not have a copy as the report was an "internal briefing note".

Following the 2001-2002 inquiry, several broadcasters and newspapers made extensive inquiries about the payment issues.

“My finances were discussed by every newspaper in the country for three years and were the subject of extensive examination. I have had no outside interests," Vaz said.

Amid the parliamentary inquiry into his conduct, Vaz even resigned as Europe minister from the Labour government in June 2001.

"All the properties I own apart from my family home are in the Register as they are required to be. All properties and rent received has been fully declared," the 55-year-old former minister sought to clarify.