Popular Indian snack MAGGI Noodles has been banned in Delhi, Gujarat, J&K, Tamil Nadu and Uttarakhand for its high lead content. But its maker Nestle India says Maagi is safe for consumption and promised the snack will be back in shops once the issue is clarified. 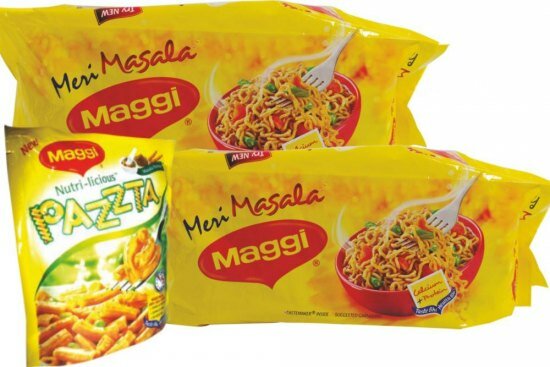 The ban and scare around the safety of instant noodles brand MAGGI came after tests revealed that some packets contained excess levels of lead.

Gujarat's Food and Drug Control Administration tested 27 Maggi packets picked randomly from different regions of the state and found that the levels of lead content was higher than the prescribed limit for consumption. Out of 27 packets, 14 packets had 2.8 PPM to 5 PPM (particle per million) of lead content, much higher than the prescribed limit of 2.5 PPM.

High amounts of lead are toxic to many organs and tissues including the heart, bones and nervous systems. Lead is known to interfere with the development of the nervous system and is particularly considered toxic to children, causing potentially permanent learning disorders.

The lab tests also found that Monosodium Glutamate (MSG) was also present in Maggi. Large doses of MSG can cause headaches and other feelings of discomfort and pregnant women and small children are urged to avoid MSG in food.

The high level of lead and MSG forced Gujarat to impose a one month ban on Maggi noodles in the state. Other Indian states including Tamil Nadu quickly followed Gujatar to ban the product.

But its maker Nestle India said that its own internal and external tests on 125gm Maggi noodles packets showed that the "“lead levels are well within the limits specified by food regulations and that Maggi noodles are safe to eat”.

Despite its own tests, the company withdrew sales of the product and existing stocks from retailers amid the current scare and bans across major states.

"MAGGI Noodles are completely safe and have been trusted in India for over 30 years," Nestle India said in its official press statement.

"The trust of our consumers and the safety of our products is our first priority. Unfortunately, recent developments and unfounded concerns about the product have led to an environment of confusion for the consumer, to such an extent that we have decided to withdraw the product off the shelves, despite the product being safe,

"We promise that the trusted MAGGI Noodles will be back in the market as soon as the current situation is clarified," Nestle India said.