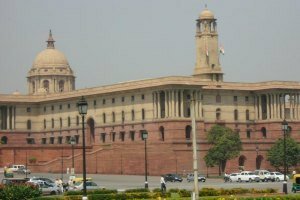 Indian Prime Minister Manmohan Singh has brought in eight new ministers in the government in the latest cabinet reshuffle to energise the Congress-led government ahead of the Lok Sabha election next year.

The Congress termed the reshuffle “Mission 2014” signifying it is ready to take on the Opposition for the 2014 elections.

Among the changes in ministerial portfolio are the appointments of Mallikarjun Kharge to the Railway Ministry.

Kharge was previously heading the Labour Ministry while the railways portfolio was headed by CP Joshi temporarily after Pawan Bansal was forced to exit after corruption allegations in May.

The reshuffle comes amid several vacancies created in the cabinet over resignations.

In addition to Bansal, ministers CP Joshi and Ajay Maken resigned over the weekend. Earlier, Ashwani Kumar also resigned from Law Ministry amid the coal-mining scandal.

In the reshuffle, Labour Ministry has been handed over to Sis Ram Ola after Kharge’s move. Girija Vyas has been appointed as the Housing, Urban Development and Poverty Alleviation minister and K Sambasiva Rao as the Textile minister.