Football will no longer be seen as only a man’s game now that a new league is set up to attract women players, especially those from Asian and minority ethnic backgrounds. 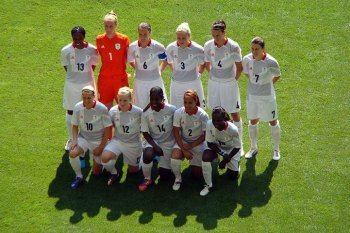 Set up by Sheena Hirani, a 25-year-old coach for Barnet FC and QPR Community Trust, the five-aside Desi football league is “the first of its kind in the capital” claimed Harrow Council. Hirani has FA Level 2 Coaching Qualifications.

She wants to give Asian women in North West London an opportunity to play football and to encourage more female players from Harrow and Brent to participate in the game.

Harrow Council – home to a large number of Asians -- supported the league after seeing its popularity among teams from Brent and Harrow councils during its pilot launch in September. At that time, four teams from the two councils participated in a six-week tournament.

The Middlesex Women Desi Football League will be re-launched in February and will receive funds from Harrow Council to cover the cost of coaching courses and for renting training and match facilities.

"This league not only encourages more women to play but also reflects the diverse cultural make-up of our borough," said Harrow Council Leader Cllr Susan Hall, the Council’s first Woman leader on the council’s website.

The Desi football league is a “fantastic programme” and will offer an “innovative approach to re-engage women” said Middlesex FA’s Ciara Allan who is football development officer for women and girls.