Just days before India goes to polls, The Economist stated unequivocally that it "cannot bring itself to back Mr Modi for India's highest office" and that "India deserves better". The viewpoint evoked angry responses from furious NaMo fans and BJP members. 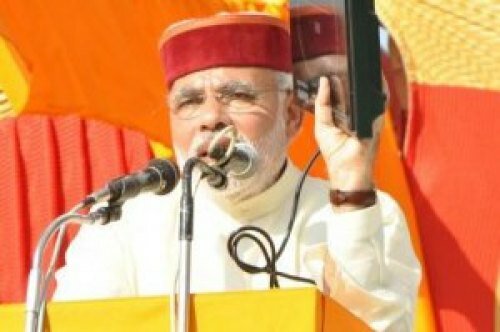 In its lead article, The Economist praises Modi for Gujarat's economic progress and his journey from being a tea-seller to the national political stage but blamed his weak handling of the 2002 Godhra riots. In its strong attack, the Economist said that it would be "wrong for a man who has thrived on division to become prime minister of India".

It went on to say: "We do not find the prospect of a government led by Congress under Rahul Gandhi an inspiring one. But we have to recommend it to Indians as the less disturbing option."

It ended the piece by saying "India deserves better" and labelled Modi as a man associated with "sectarian hatred".

The piece has evoked angry responses from Modi fans with the prominent BJP leader, Arun Jaitley sharply reacting: "Thankfully, 'The Economist' does not vote. Indians do."

Other NaMo fans and readers took to The Economist's comment section to spout venom against the article. One supporter billed the editorial as biased.

"I am shocked and surprised. I really don't understand this. This is not what people will expect from economist. Don't be a judge and executioner," commented one reader while another said: "Muslims and Hindus have been killing each other in India since the Islamic invasions many centuries ago - blaming Mr Modi for it is silly".

"Please do not lecture on who is more competent to lead our country. We are well-informed and capable enough to understand and make our own decisions," said another.

With over 1200 reactions to the Economist article, NaMo fans' reaction ranged from outrage to sarcasm down to dissmissing the viewpoint as "silly".

Meanwhile, Minhaz Merchant, the biographer of Rajiv Gandhi termed the article as "mediocre" on Twitter.