Nasa honours Indian inventors including one who built pomegranate deseeder

Five inventions from eleven Indian designers from Delhi, Bangalore, IIT Bombay as well as Bihar and Assam have been honoured by Nasa Tech Briefs magazine for their ingenuity. One of the most popular entries was a simple pomogranate deseeder by engineer Uddhab Bharali from Assam. 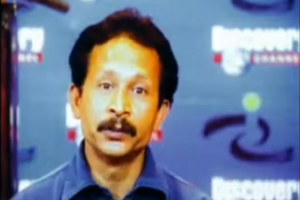 Pomogranate, high in vitamins and anti-oxidants is often an ignored fruit because of the laborious and time-consuming process to separate the juicy seeds from the skin and the fruit’s membranes.

45-year-old Bharali who is from North Lakhimpur has built a cylindrical device that can automatically deseed pomegranate. According to the American magazine the device can completely deseed a pomegranate in a few seconds.

How Bharali’s pomegranate deseeder works:
A pomegranate has to be halved and inserted into the cylindrical container. The fruit then falls on to a rotating disc at the bottom of the cylinder. This disc has tiny openings that let out loose pomegranate seeds to fall into a secondary container at the bottom. 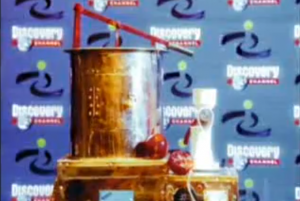 There is a rounded pillar attached to the inner surface of the cylinder which hits the rotating pomegranate applying gentle pressure and causing the seeds to loosen and fall off while leaving the outer skin intact.

Out of a total number of more than 12,000 entries, 433 inventions were chosen for an online vote including five Indian inventions. Bharali’s idea received 995 votes.

Here is a video of Uddhab Bharali talking about his pomegranate deseeder. The video has been uploaded by National Innovation Foundation, India:

Another invention from India that proved popular was a healthcare-related invention from a student called Avantika from Bihar. Her portable and user-friendly device would keep track of the vaccines that a child has already received while providing reminders for forthcoming ones. The device helps take guesswork out of child immunization programmes.