36-year-old Indian-origin man Navinder Singh Sarao who was billed as the 'Hound of Hounslow' for manipulating the US stockmarkets has now admitted his crimes. The Indian-origin trader who pocketed $40m (£27m) was arrested in April 2015 for being partly responsible for the 'Flash crash' of May 2010. He has now pleaded guilty to fraud in a US court. 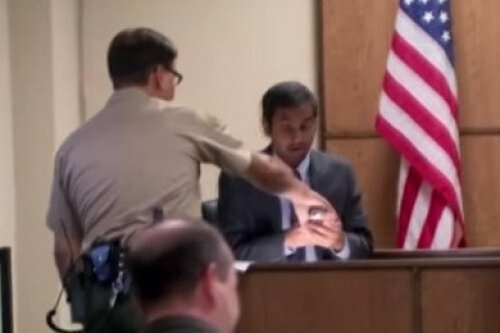 Hounslow's Navinder Singh Sarao now faces up to 30 years in prison after he admitted to manipulating the market and committing fraud.

Sarao was charged for offenses including the US wire fraud, commodities fraud and manipulation charges in connection with his role in the 'Flash Crash' when the Dow Jones Industrial Average plunged 600 points in five minutes. He is also accused of “spoofing,” - a practice in the financial trading term involving bidding with the intent to cancel the bid before execution.

Singh Sarao is billed 'Hound of Hounslow' reflecting his freaky fiction-like role in single-handedly manipulating the stockmarkets as seen in the Hollywood film Wolf of Wall Street.

Navinder Singh Sarao, 36, of Hounslow has been arrested in the UK, and the US is requesting Britain for his extradition. Singh Sarao was charged in a federal criminal complaint in the Northern District of Illinois on February 11, 2015,  with one count of wire fraud, 10 counts of commodities fraud, 10 counts of commodities manipulation, and one count of “spoofing,” a practice of bidding or offering with the intent to cancel the bid or offer before execution.

According to the US court's allegations, Sarao allegedly used an automated trading program to manipulate the market for E-Mini S&P 500 futures contracts (E-Minis) on the Chicago Mercantile Exchange (CME).  E-Minis are stock market index futures contracts based on the Standard & Poor’s 500 Index.  Sarao’s alleged manipulation earned him significant profits - £27m according to some reports.

The charges contained in the complaint are merely accusations, and the defendant is presumed innocent unless and until proven guilty, according to the US Department of Justice.

This case is being investigated by US authorities with assistance from the Metropolitan Police Service of London.