Narendra Modi has urged all Indians to use a new digital app to vote their views on the ban of Rs 500 and Rs 1000 notes. The Indian PM opened up a simple survey (demonetization app) on his official Twitter account with a simple rating wheel. 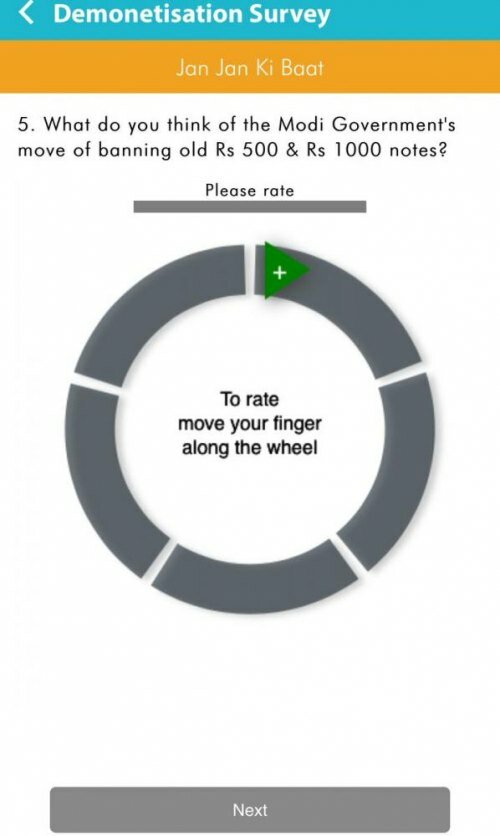 “I want your first-hand view on the decision taken regarding currency notes. Take part in the survey on the NM App.”

Voters and raters can find and download the app here: http://www.narendramodi.in/downloadapp

The demonetization of Rs 500 and Rs 1000 notes was suddenly announced by the PM in an unscheduled television address on November 8th 2016. The announcement was followed by chaos and confusion among many Indians and the move has the country split in its opinion with some hailing it as a radically progressive move and some feeling it will have little impact in curbing black money transactions.

Notes of both denominations are currently invalid for any transaction and cash holders will have until the end of the year to deposit the unused notes. Modi, in his emotional appeal, has asked the nation 50 days for the positive effect of the note ban to be felt.