AIB’s 8-minute video on demonetization called 'Demonetization Circus' is going viral on YouTube and has been viewed nearly 1.5 million times in 3 days. Many viewers think Indian comedy and satire brand AIB’s (All India Bakchod) take on demonetization of Rs 1000 and Rs 500 is hilarious and awesome. 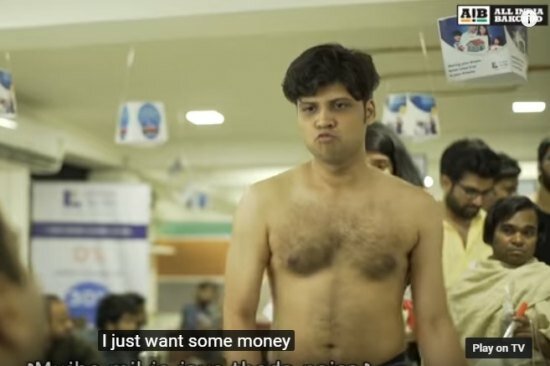 The comedy channel published the video saying it is about “Folks from different parts of the society giving their take on this beast called demonetization.” Directed by AIB’s Tanmay Bhat, it is written by Girish Narayandass, Devaiah Bopanna, Vignesh Raja, Manaswi Mohta and Rohan Desai.

About 74k viewers have given a ‘thumbs up’ to the video while 0ver 23k viewers have ‘disliked’ it. The video has sparked mani viewers to view and comment with over 9,000 comments and replies to comments.

The demonetization of Rs 500 and Rs 1000 notes was suddenly announced by the PM in an unscheduled television address on November 8th 2016. The announcement was followed by chaos and confusion among many Indians and the move has the country split in its opinion with some hailing it as a radically progressive move and some feeling it will have little impact in curbing black money transactions.