Upcoming Bollywood film Befikre’s lead pair Vaani Kapoor and Ranveer Singh are in the UK to promote the romantic film.

The onscreen couple toured across Bradford and London meeting fans and talking about the film. 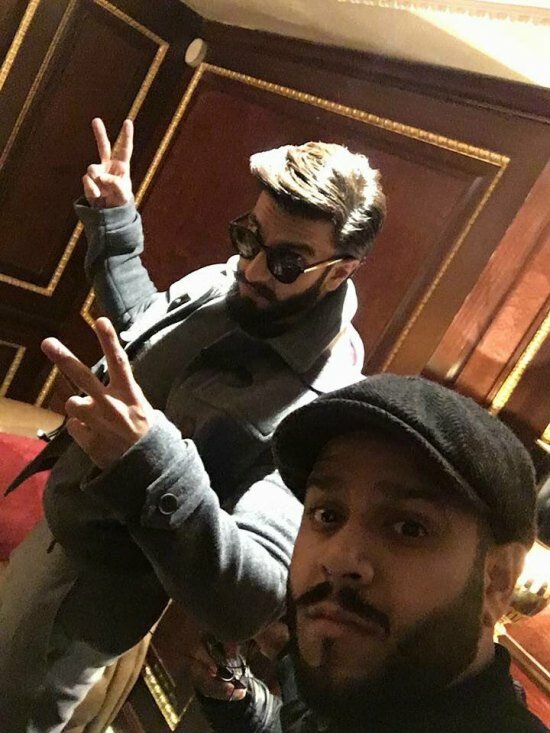 Bollywood stars including Ranveer Singh have huge fan following in the UK. 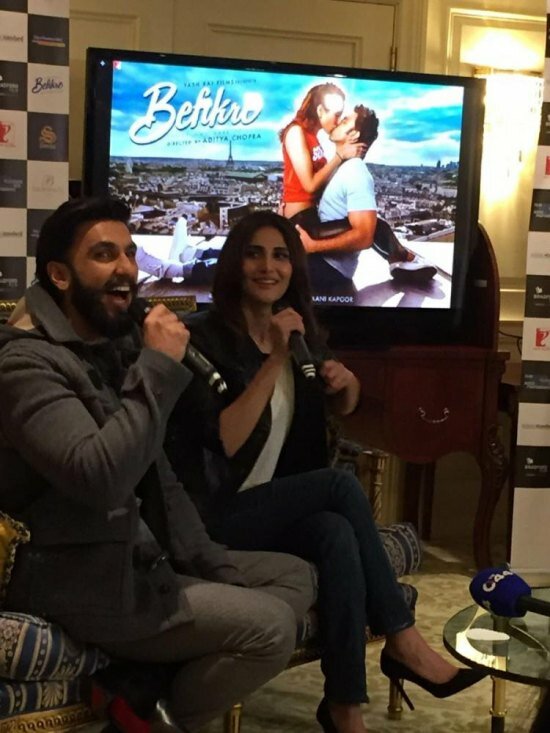 Ranveer was spotted in London for Befikre press conference in the UK capital. He braved the stormy, rainy weather in a grey jacket, sun glasses and his trademark beard. Despite the gloomy weather, Ranveer was his usual energetic and peppy self. He was interacting with fans and happily obliged to selfie requests. 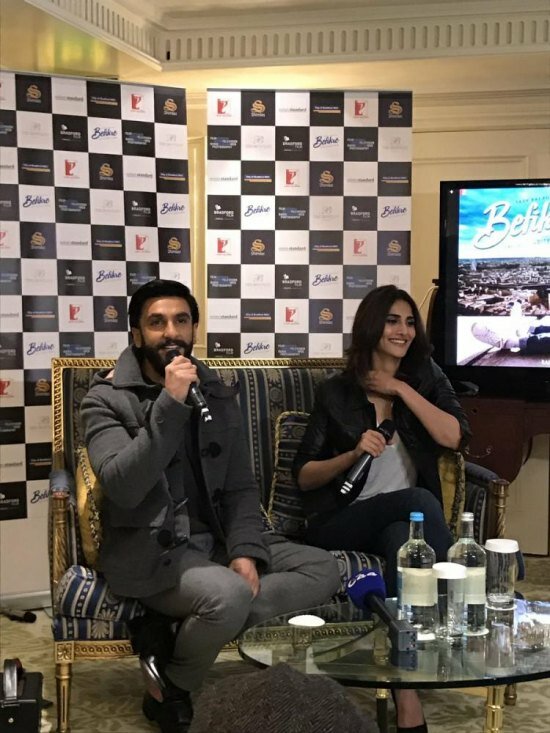 Ranveer Singh and Vaani Kapoor interact with the press in London

For the London press conference, Ranveer Singh was dressed in a grey jacket and sported his trademark beard and high energy. Vaani looked chic in white shirt and black jacket and the chemistry between the two was infectious. 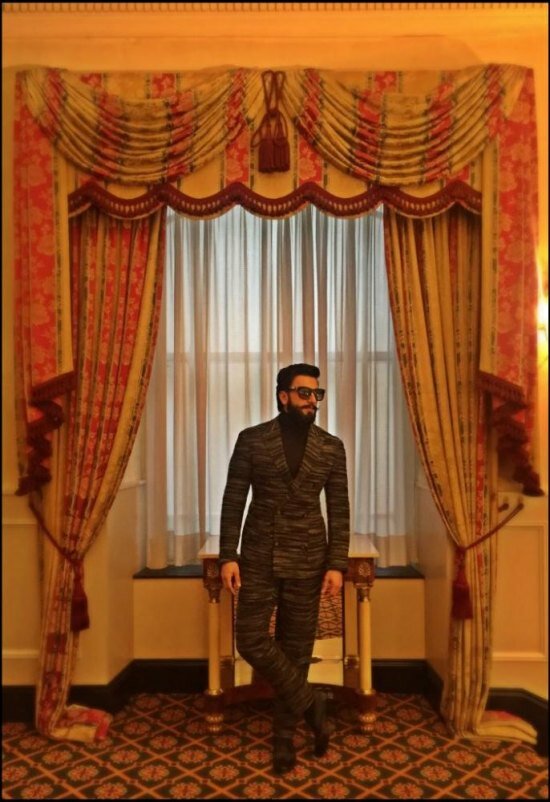 Ranveer Singh was his dashing self while promoting Befikre in Bradford

Adi is the only director who can shoot a comedy romantic movie like a war movie, said Ranveer at the press conference in London. 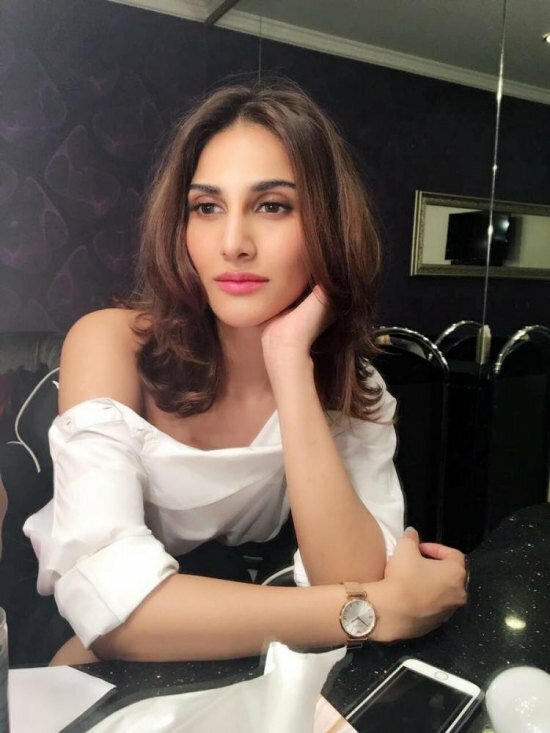 Prior to the London press conference, Vaani and Ranveer were in Bradford promoting Befikre. A dapper looking Ranveer Singh tweeted a photo of himself saying, “Ready to roll”. 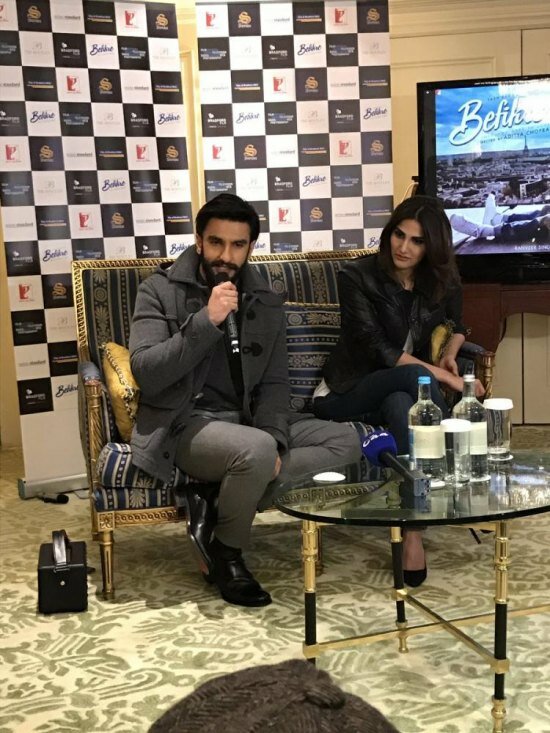 Aditya Chopra’s romantic film Befikre is due to release on December 9th and Bollywood films have a growing appeal among the Indian diaspora in London.