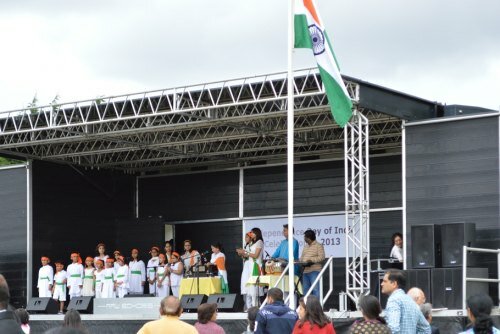 The High Commission of India, London collaborated with its cultural wing – the Nehru Centre – to organise the Indian Independence Day celebrations of 2013 at the Gymkhana club in Osterley for the fourth year in a row.

There were an estimated 2000 UK Indians attending the event.

The programme began at 11am with flag hoisting and the High Commissioner addressing the Indian community present at the event. 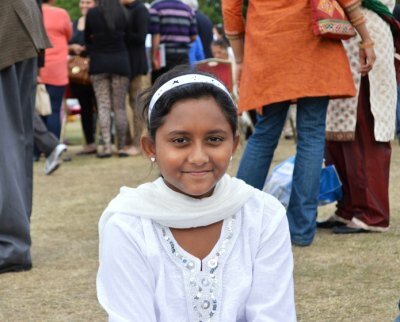 The entertainment programme had a mix of Indian cultures including Bhangra, Gujrati garba and ras, traditional Goan music, Kavi Sammelan and even Bollywood dancing. 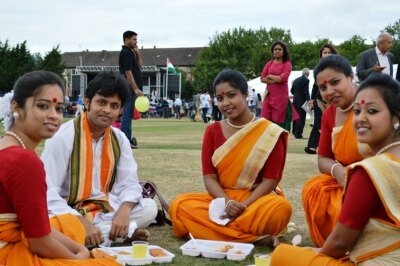 One of the traditional dance performing group

Two UK Indians Gurindar and Dildaar [pictured] came from Leicester exclusively to attend the Indian Independence Day event. “It is a great opportunity to interact with the community,” Gurinder said while Dildaar added: “Everyone is happy, patriotic and bonding amidst all the cultural events and traditional cuisines.” 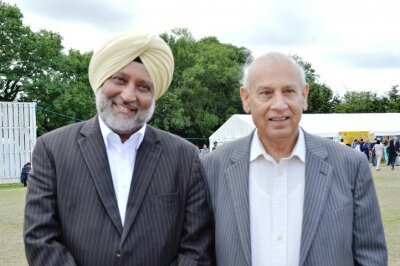 Gurindar and Dildaar who came from Leiscester for the event

One of the highlights of the event was free food sponsored by UK Indian restaurants such as Brilliant Restaurant in Southall. Visitors queued up to eat biryani, korma, jalebi, dhoklas, chana bhaturas, and bhajias. There were also promotional drinks such as energy drinks and fruit juices on offer. 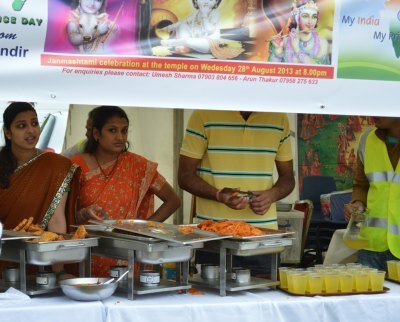 “We have been holding a food stall every year since the Indian Independence Day programme began at the Gymkhana club four years ago,” said the owner of Brilliant Restaurant. “It is great to be serving such a united community.”

P Shivkumar, from the High Commission of India attended the event with his wife.

“This is the first time I am attending this and it feels good to be part of the community and remember India’s most historic day in such a traditional way,” said Mr Desai, a member of the Indian Gymkhana Club.

Enthusiastic visitors included families and children from across the UK. One patriot even wore a saree featuring the Indian flag [pictured] while parents brought young children to the event to teach them about the culture and Indian nationality. 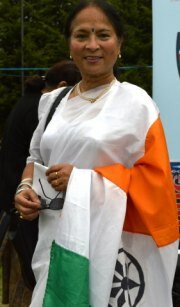 A UK Indian adorned in a tricolour saree 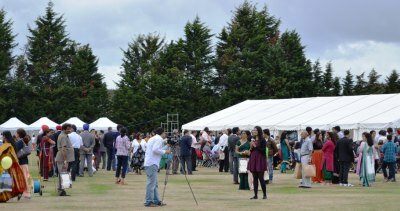