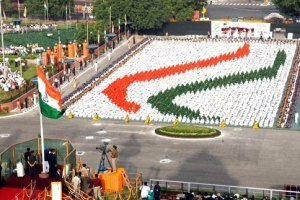 As India gears up to mark its 67th year of independence from the British rule on Thursday, August 15, 2013, Indians living in the UK are also looking to mark the occasion with flag hoisting and cultural events.

The High Commission of India, London is collaborating with its cultural wing – the Nehru Centre – to organise Indian Independence Day celebration 2013. The event will be held on Sunday, August 18 at the Indian Gymkhana Club in Osterley. The celebrations are scheduled to start at 11am and will conclude at 3pm. the celebrations include flag hoisting followed by Indian cultural events and the entry will be free for everyone who wishes to mark India’s 67th year of Independence.

Meanwhile, the Consulate General of India in Edinburgh is inviting all members of the Indian community and people of Indian origin along with their family members and friends to celebrate the Independence Day on Thursday, 15th August, 2013 at 8:30am at the Consulate General of India, Rutland Square, in Edinburgh. Consul General Oscar Kerketta will be hoisting the Indian National Flag and reading out the Indian president’s message on the occasion.

Wales will also join England and Scotland to mark India's independence day celebrations. The Consulate General of India in Wales will hold the Indian Independence Day celebrations on August 15, at the Mansion House, Cardiff. The event will be held in collaboration with Cardiff City Council.

The celebrations, starting at 1pm will include flag hoisting followed by Indian national anthem and refreshments. The Rt. Honorary Lord Mayor and Honorary Consul will be participating in the celebrations alongside Lord Lieutenant and Senior Council, Government and Indian representatives.

Independence celebrations will also be organised by several local community associations and Indian groups across the UK.

Among these is the Manchester Indian Association which is hosting a cultural evening on the Independence Day between 7pm and 9pm at the Gandhi Hall, Brunswick Road in Withington. The programme will include dance and music performances on stage and raffles. The event costs £4 per person and will offer refreshments on sale. Maharashtra Mandal London (MML) is also organising a celebratory event on Thursday from 7pm onwards. MML's programme includes flag hoisting, singing of National Anthem, speech by MML president, speech by chief guest Shri Shantanu Bhagwat and will be concluded with Vande Mataram.

Are you planning to celebrate India’s 67th Independence Day in the UK? We would love to hear from you. Write to us at .