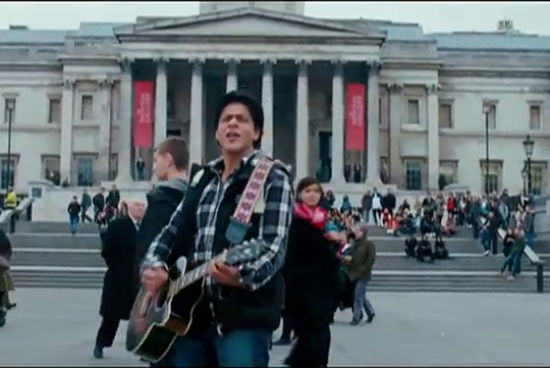 The song showing Shah Rukh Khan in a blue check shirt and a guitar saddling on his shoulder is reminiscent of his character Raj from Dilwale Dulhaniya Le Jayenge. 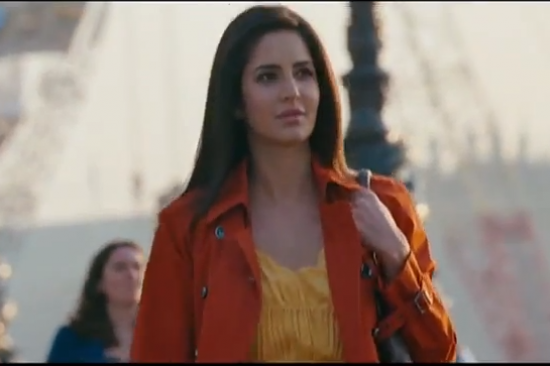 Katrina Kaif makes a brief appearance towards the second half of the song. Wearing a yellow dress and a burnt orange trench coat and boots, Katrina (playing the character Khushi) passes a happy Samar and smiles at him. Shah Rukh’s character is enchanted with Katrina’s character and the song ends there. Shah Rukh Khan in checkered shirt and guitar in hand is reminiscent of Raj from DDLJ
Image: YouTube still (yrf)

All the songs of Jab Tak Hai Jaan are composed by Rahman, but so far only Challa has been released.

The eagerly-awaited Yash Chopra releases worldwide on Diwali day, November 13, 2012 and also features Anushka Sharma in the lead role. Anushka, however, does not appear in Challa song.