Sathuranga Vettai 2 is an upcoming Tamil thriller film starring Trisha Krishnan and Arvind Swami in lead roles. The first look posters show the lead pair in super slick and smart avatars. Trisha and Arvind’s first look in Sathuranga Vettai (chess hunt) 2 is creating quite an excitement among their fans. 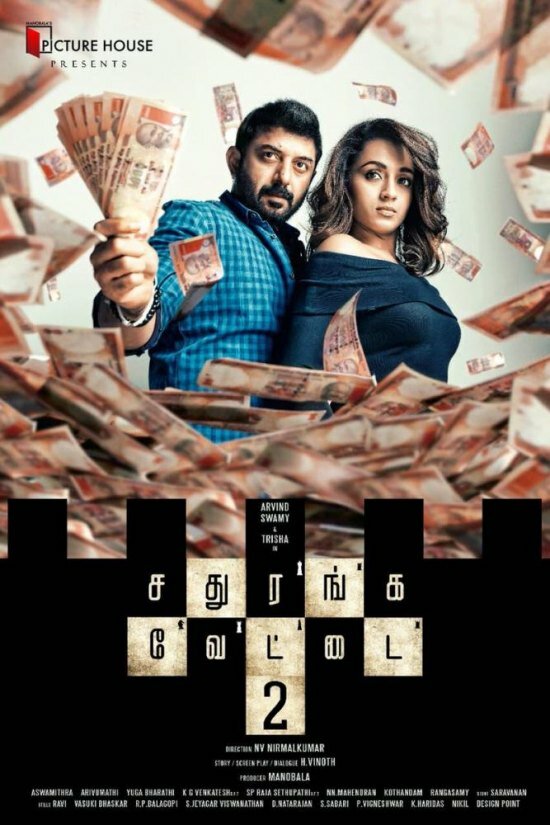 The first posters of the film were released by actors Arvind Swami and Trisha Krishnan themselves and was widely circulated on social media by their fans. It includes solo pictures of both the stars and them as a pair. 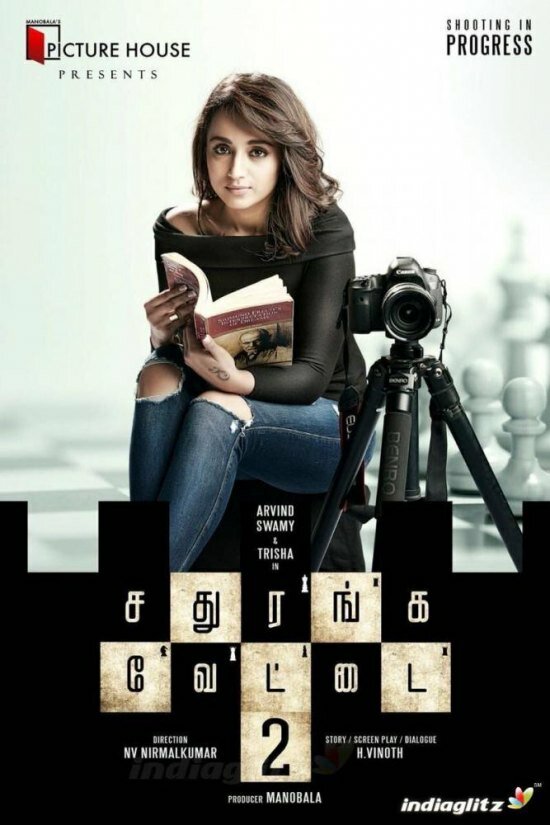 In the solo photo of Trisha Krishnan released as part of Sathuranga Vettai 2 first look, the pretty actress is seen sitting with a book in hand and a DSLR camera and tripod next to her. Trisha is sporting trendy jeans and black top revealing a modern character in the film. 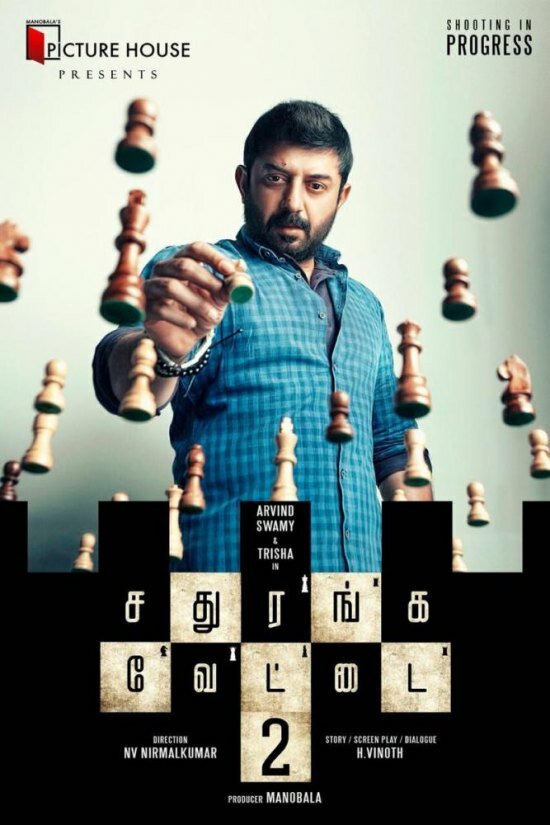 Meanwhile in his solo photo, Arvind Swami is wearing a blue checkered shirt and moving a chess piece (knight).

The posters of both the actors together captures all the essence of a Kollywood thriller and features guns, money and the lead pair on a mission. 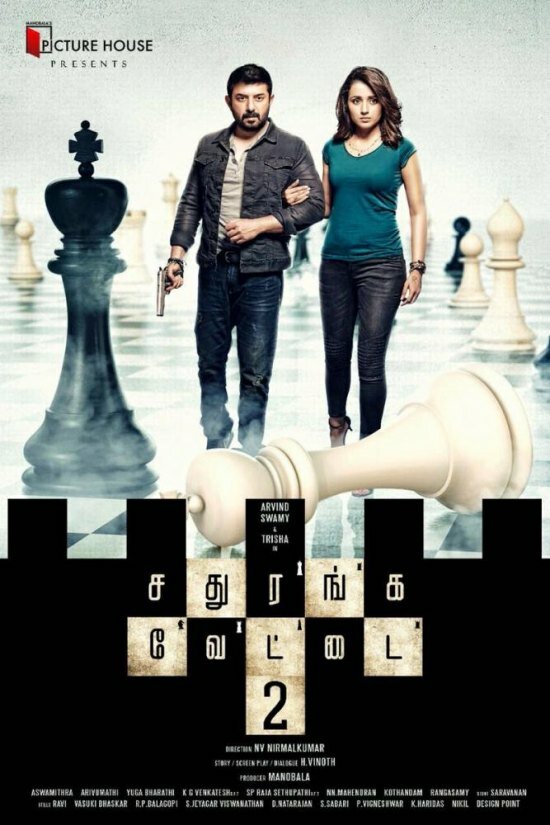 The actress too shared the photos on her Twitter account adding: “Super happy to kick-start shoot with the talented and handsome Arvind Swami.”

Sathuranga Vettai 2 is a sequel to the 2014 heist film by the same name. Directed by Nirmal Kumar and produced by Manobala, the sequel film is currently in production and will be one of Trisha’s first releases of 2017.