February 29th 2016 - special leap year day became even more special for SRK fans as the official trailer of Fan - the most anticipated Yash Raj Films was released. Bollywood Badshah Shah Rukh Khan, who has a huge fan-following in India as well as internationally will play a double role in thriller film Fan - as superstar Aryan and his obsessed fan Gaurav. Fan will release on 15th April 2016. 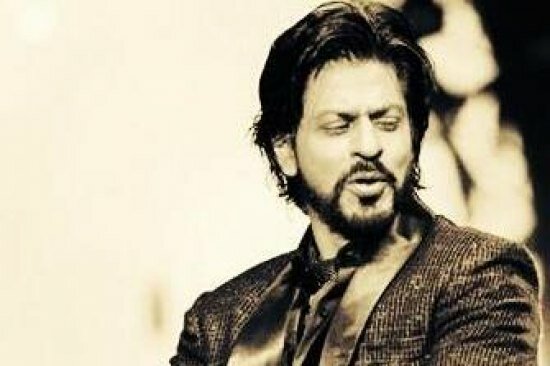 Shah Rukh Khan, who has over 6-million followers on Twitter readies to play a fan himself in the next YRF film "Fan"
Image: Twitter (SRK)

The spell-binding 2:51-minute YouTube trailer tracks the obsession of a local, aspirational boy Gaurav Channa (played by SRK) who is a huge fan of Bollywood superstar Aryan Khanna (also played by SRK). Gaurav's obsession with the star gets him to imitate the star's style, hairstyle and personality traits (thanks to artistic prosthetic make-up on SRK!). Gaurav is shown to participate and win a lot of local "star look-alike" competitions in his small town and is happy-go-lucky.

But the trailer takes a serious turn when Aryan and Gaurav come face-to-face and Aryan dismisses the fan. Gaurav then is seen to get on a revenge mode and a range of thrilling sequence follows in the trailer where Gaurav is seen to pose a risk to himself and the superstar Aryan. The trailer also includes powerful dialogues such as "Gaurav hai to Aryan hai, Gaurav nahi to Aryan kuch bhi nahi".

Here is the official trailer of YRF's Fan, produced by Aditya Chopra and directed by Maneesh Sharma. The film is slated for April 15th release:

SRK took to Twitter to announce his role in the film Fan back in 2013. “Most of the characters I do are the ones I create...for the first time I am going to play what has created me...I will be in my next a ‘FAN’,” he said on the social network to inform his six million followers at that time.

“FAN is a 'family film'. It's the family all of you have become for me...the one I didn't have. I want to be as beautiful as you all. Thanx,” he further said.

YRF’s Fan is directed by Maneesh Sharma. Sharma has been the biggest fan of the superstar Shah Rukh Khan, according to the production company. Sharma made his directorial debut with the YRF’s Band Baaja Baaraat in 2010 and went on to direct Ladies vs Ricky Bahl and this year’s unexpected hit Shuddh Desi Romance

Fan is produced by Aditya Chopra and is written by Habib Faisal. YRF, SRK and the rest of the Fan team began filming in May 2014.