Prominent Indian MP Shashi Tharoor says that British Prime Minister Theresa May should serve an apology for the bloody massacre during the British Raj. He says the British PM should ‘bend her knees and beg forgiveness’ ahead of her formal visit to India later this month. 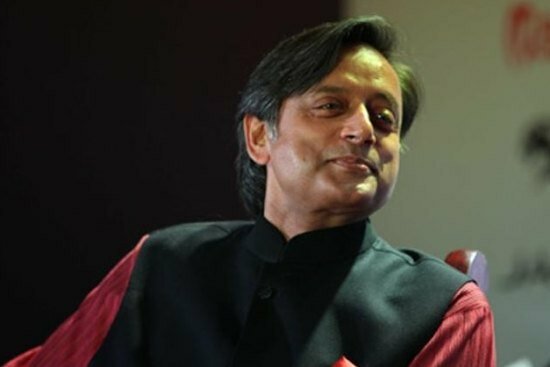 The former minister of state and a glib orator, Shashi Tharoor has said that May should apologise for the “sins” including the Jallianwala Bagh massacre committed by the British empire during their 90 years of ruling India.

The infamous Jallianwala Bagh massacre took place on 13 April 1919 when British Colonel General Dyer commanded the British Indian Army to open fire on a crowd of nonviolent protesters, along with Baishakhi pilgrims, who had gathered in Amritsar’s Jallianwala Bagh. The civilians had assembled to participate in the annual Baisakhi celebrations—who are thought to have been unaware of the martial law that had been imposed. The Jallianwala Bagh massacre centenary is three years away and Tharoor thinks time is right for an unreserved apology.

According to Tharoor, May’s sincere apology will offer some respite to many Indians who feel that several wrongs during the British Raj have not been acknowledged. Former British PM David Cameron has previously apologised for the massacre in 2013. But Tharoor criticized it saying it was Cameron’s “mealy-mouthed” attempt that cannot be recognised as a formal acknowledgment of the massacre.

“You cannot quantify the wrongs done. What is far more important than financial reparation would be an apology. People who are not responsible today for the wrongs done by their forebearers in the past era apologise nonetheless to people who are not the ones to whom wrong was done. But it is in a sense an entire society apologising to entire people,” Tharoor, Thiruvananthapuram MP told PTI in an interview.

Theresa May will mark her first visit to India as PM in November. The 3-day official trade visit will also be her first bilateral trip outside of the EU since she took over as PM. The three-day trade mission is intended to send a strong signal about the government’s priority for post-Brexit trade deals. During the EU referendum debate, Eurosceptics argued that a leave vote would readdress the balance of trade and migration that had been weighted in favour of Europe rather than the Commonwealth.

May will meet with the Indian prime minister, Narendra Modi, to discuss trade deals between the UK and India and explore opportunities for further inward investment in the UK. May will also meet key business delegates in the Indian capital along with Liam Fox, British international trade secretary.

Last year, during his speech at Oxford Union, Tharoor put forth an eloquent, passionate and yet matter-of-fact argument on why Britain must pay reparations to its former colony India. His 15-minute speech at the Oxford Union in the UK went viral, drawing praise from Indian Prime Minister Narendra Modi.