Bollywood's upcoming sensation Sonaksihi Sinha showcased her new talent – singing – in a pop single released by T Series called "Aaj Mood Ishqholic Hai". The actress is seen sporting a cool, Bohemian chic avatar with a head bandana and sun glasses as she grooves to the music and sings. 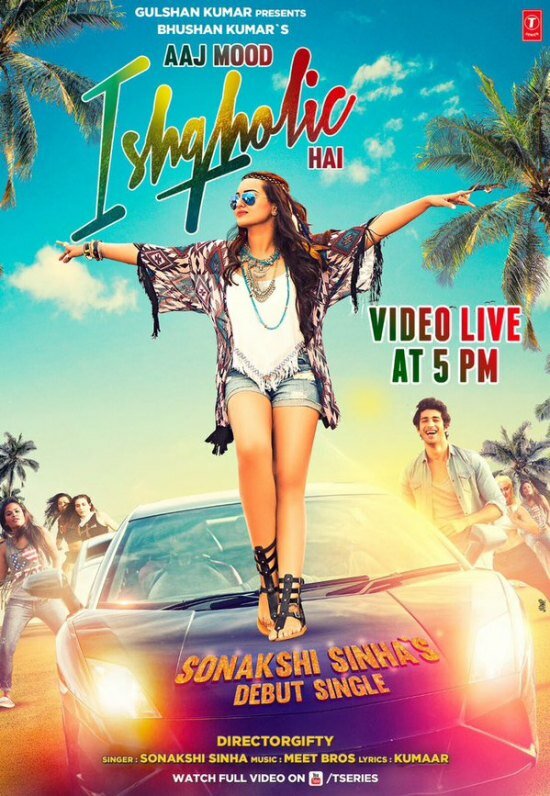 This is the first time Sonakshi Sinha has showcased her singing talent and in 24 hours of releasing the pop single video on YouTube, the music video steadily garnered hundreds of thousands of views and made the hashtag #AsliSona trending on Twitter. The song video has been filmed fully in Goa - the New Year party hot-spot and the music has been released just ahead of New Year's celebrations.

Actress Priyanka Chopra, who is a singer herself and who has ruled the music charts in the West with her singles said on Twitter that she is "super proud of Sona [Sonakshi]". To this Sonakshi replied: "From the Princess of Pop herself – Thanks PeeCee [Priyanka Chopra], means the world to me."

The music of Aaj Mood Ishkholic Hai is by Meet Bros and the male voice is rendered by Meet Bros Feat. The song, with its funky lyrics, is already becoming popular among Indian youth as caller tunes and ringtones on their mobile phones.

Many of Sonakshi's fans believe the catchy 'Aaj Mood Ishqholic Hai' is an ideal New Year party number and that it has the potential to go viral this party season. The 28-year-old actor-singer Sonakshi Sinha will next be seen as a R.A.W. agent in the upcoming film Force2.