Bollywood legends Amitabh Bachchan and Dharmendra who gave us Sholay in 1975 recreated the 'yeh dosti hum nahi todenge" song magic in 2015 on the show Aaj Ki Raat Hai Zindagi! The veterans took to the AKRHZ stage on a replica bike with a side car! 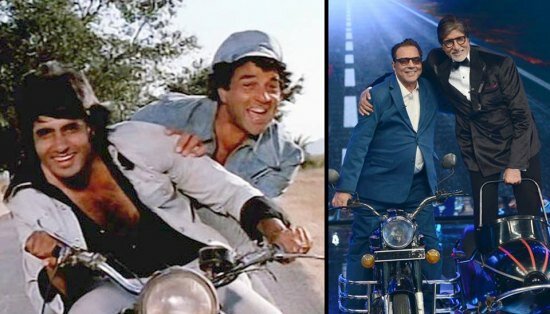 The actors who met on the sets of AKRHZ looking dapper in tuxedo suits were all smiles showing the warmth and camaraderie they share 40 years after the iconic film and song was released. 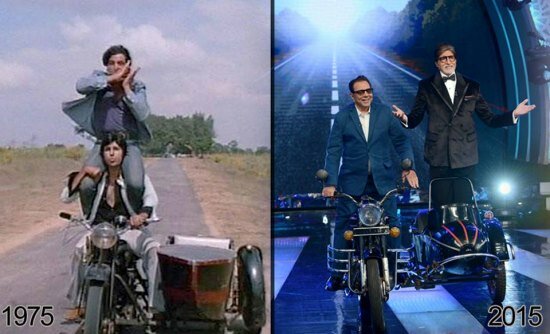 The reunion of Jai and Veeru took Amitabh Bachchan back in time to the Sholay filming days. He fondly reminisced: "40 saal ho gaye lekin abhi bhi ye prachalit, bahut kam aisa dekhne ko milta hai .. mera suabhagya!! Kya din the wo bhi." He called himself lucky to have been part of the blockbuster Sholay and remembered what days were those.

Amitabh and Dharmendra's Sholay is considered a timeless classic and one of the best Bollywood films ever. The British Film Institute ranked it first in its 2002 poll of "Top 10 Indian Films" of all times. The film was career-defining for all actors including Amitabh Bachchan and Dharmendra.