An investigation into a Southall-based importer that passed off cheaper quality rice as the more expensive Basmati variety was fined £11,000 at Ealing in London. 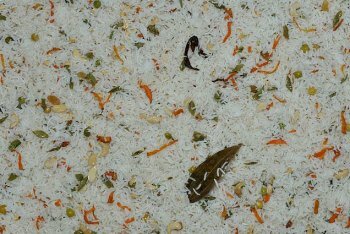 The penalty on import company Purav International Limited at Southall’s Denbigh road, was imposed after the Rice Association raised concerns about huge quantity of regular, cheaper rice was found in packs labeled Basmati rice – the most expensive rice variety.

The concerns led to Ealing Council and Reading Borough Council together to carry out sample testing on rice supplied by Purav to shops and wholesalers in the two boroughs.

In one sample there was not a single grain of Basmati rice – which is usually more expensive variety than other long grain rice – despite it being labelled so on the packet.

Basmati rice is the most popular rice variety bought and used by Britons. The British Retail Consortium has developed a Code of Practice on Basmati Rice to safeguard its reputation as “a premium rice with its own special properties” after an investigation in 2005 revealed that as much as half of all basmati rice sold was adulterated with other long-grain rice.

The code calls for the members that deal in Basmati rice to “deplore any attempt to adulterate Basmati rice or make false claims about its geographical or botanical origin”.

“The public should be able to buy food safe in the knowledge that it is the genuine article and not be misled by labeling,” said Cabinet member for community services and safety, councillor Ranjit Dheer.

“Our food safety team carries out sample testing to ensure the public are getting what they pay for and also to protect businesses who do comply with the law so that food fraudsters are not given an unfair advantage.”