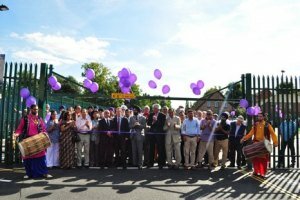 The new Southall car park was opened just last week by Councillor Julian Bell, leader of Ealing Council, along with Councillor Kamaljit Dhindsa who is the Mayor of Ealing, and local councillors and Southall shop owners.

Prior to the new car park, the South Asians dominated area was served by just one car park in Herbert Road which is often busy and full during weekends. As many of the surrounding streets are subject to controlled parking restrictions, the shoppers and visitors drive around looking for parking spaces, increasing congestion on Southall roads.

“Southall is an important shopping area and this investment is crucial in supporting local traders during these tough economic times,” said councillor Bell. According to him, Southall High Street car park will attract more shoppers, both locally and from further afield, help local businesses thrive better and create more employment opportunities.

“Crossrail will also be stopping here in the future, so this extra parking is coming at the perfect time. I am also very happy to announce that the car park was delivered at half the original projected costs,” Bell said.

Not everyone is pleased with the multi-million pound car park

Ealing resident and Conservative party councillor Phil Taylor pointed that the new Southall car park is being used as a dump already and shared a picture of litter at the car park just days after its opening. 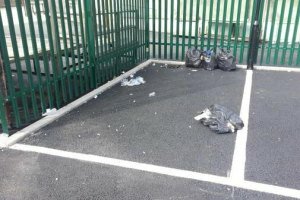