Amani, the Indian restaurant chain with outlets in Sandestead and Epsom, has opened the newest branch in London’s majestic setting of Chelsea Harbour. 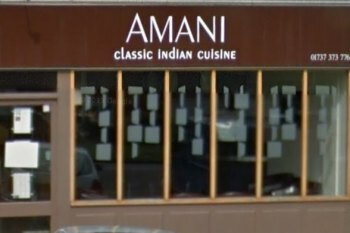 Amani also serves desserts that are distinctive from the “typically Indian”. So the choice features Thandai Ice Cream or Lime and Mint sorbet or Chilli and Mandarin sorbet.

To cater to the well-heeled diners of Chelsea Harbour, Amani’s drinks repertoire include classic cocktails, and “Old World wine” among others.

Amani was founded by restaurateur Azad Miah and chef Rajeev Kumar. Kumar is an experienced chef having had stints at Oberoi Hotel group in India and the famed Cinnamon Club in London.

The new branch is by the marina at Unit G6, Harbour Yard, Chelsea Harbour, London.