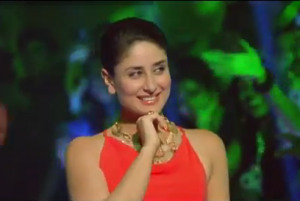 After a spate of setbacks and controversies, Madhur Bhandarkar’s Bollywood film Heroine is finally here. The film, which features Kareena Kapoor as the ‘Heroine’ has hit cinemas on September 21, 2012.

Bhandarkar released the first poster of Bebo – Kareena Kapoor on Twitter saying hope you like it. The poster showed Bebo in a gold sequined tank top and shorts lying on the bed surrounded by her posters on the wall and a tilted wine glass.

The film is about Mahi Arora, an actress who was once successful but is going through a slump in her career. Like Bhandarkar’s previous films such as Fashion, Page 3 and Corporate -- which exposed the dirty secrets of these industries -- Heroine too shows the life of an actress behind the scenes, a star’s highs and lows and the fames and failures. 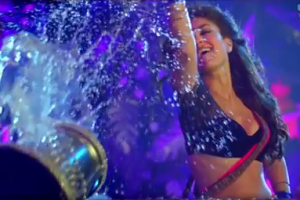 Heroine was first offered to Bebo who turned it down citing dates issues, Bhandarkar then signed Aishwarya rai Bachchan for the film. Rai Bachchan and Bhandarkar officially announced the move in 64th Cannes Film Festival in 2011. Soon after, Rai Bachchan announced her pregnancy and had to leave the film. Kapoor was approached for the second time and she accepted to play the lead character.

Here’s the official trailer of Heroine which shows Bebo as Mahi. The trailer includes Kareena’s dialogues, interaction with the media and her much-awaited song Halkat Jawani. The official trailer released on YouTube on July 25th by UTV Motion Pictures has garnered nearly 300,000 views by the next day.

The film has received mixed reviews but Kareena Kapoor's performance attracted positive reviews. The film is showing in London in Odeon and Cineworld cinemas.