Kamal Haasan's bilingual project features the actor alongside southern siren Trisha Krishnan, as it was revealed at the film's movie poster launch back in May 2015. The film – Thoongavanam in Tamil and Cheekati Rajyam in Telugu - released in November. On September 16th, the film's cre officially launched Thoongavanam trailer. 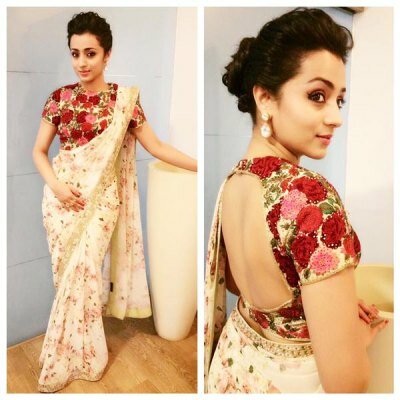 Trisha Krishnan wore a Varun Bahl cream-coloured glittering saree paired with a printed blouse featuring bold red roses. The actress completed her look with her trademark kohl-eyes, diamond ear-drops and a stylish bouffant hair updo. The film is a milestone film in Trisha's career as it will be her 50th release since she joined the film industry. 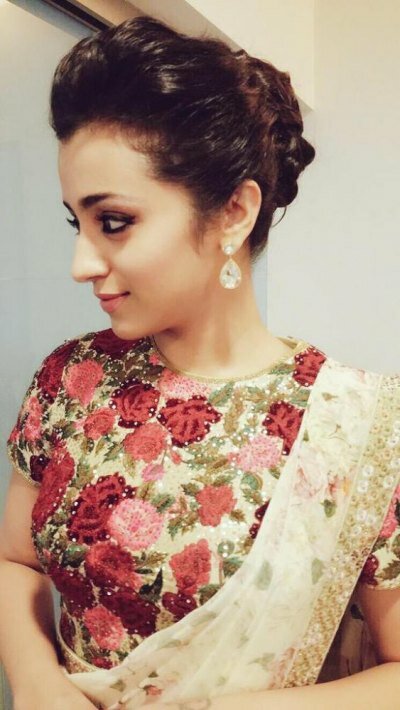 Thoongavanam or Cheekati Rajyam is an action thriller directed by Rajesh Selva and portrays Kamal Haasan as a police officer and Trisha in a glamorous role. 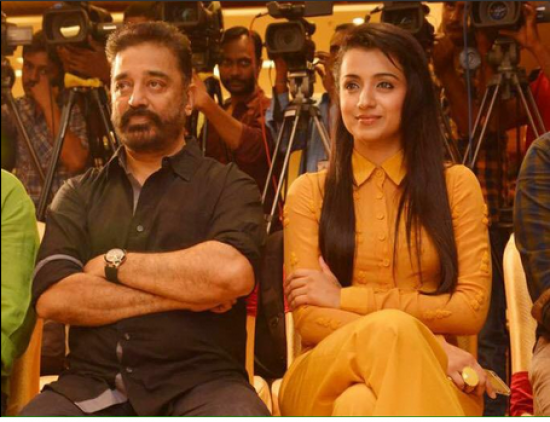 While Trisha will be the main female lead, the film is also likely to feature Manisha Koirala in a prominent role as well as Prakash Raj. Kamal Haasan, Trisha and the movie crew unveiled the movie poster at a star-studded event in Hyderabad on May 24. 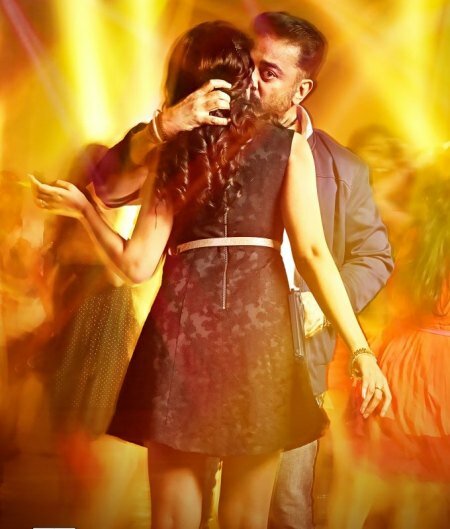 Trisha Krishnan looked chic in her sharp and slick mustard-coloured blouse and trouser outfit. For her look, Trisha picked Poco and Jacky clothing and was styled by Pallavi Singh. Trisha looks gorgeous in Poco & Jacky embroidered Georgette shirt and Crepe trouser set in a mono-tone from the brand's runway line. 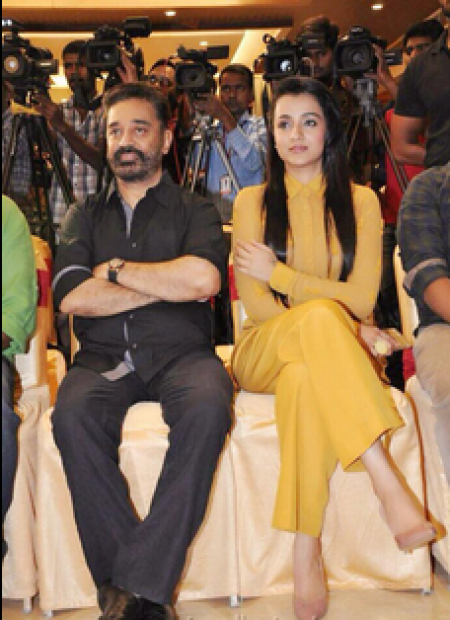 This is the second time Trisha is coming together with Kamal Haasan onscreen. They have previously worked together in Manmadan Ambu in 2010 while Manisha Koirala has worked with Kamal in two films in the past – Indian in 1996 and Aalavandhan in 2001.

At the launch event, Trisha said that she is excited about the film as it will show her in a "never seen before look" and a "never done before character".

She added that she feels extremely blessed and privileged to relive the dream of working in the Tamil and Telugu versions of the film for the second time."

Currently Kamal Haasan is basking in the Box Office success of his film Uttama Villain, which is doing well overseas including in the UK. Kamal will also be seen in the sequel Vishwaroopam 2 and Papanasam – all slated for 2015 release.

Here is the trailer of Thoongavanam starring Trisha Krishnan and Kamal Hassan: