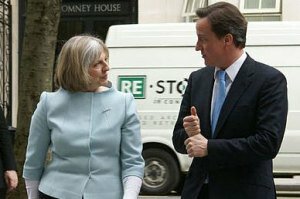 Prime Minister David Cameron has reshuffled his cabinet in the first week of September which involved changes across various departments including the Home Office.

While Home Secretary Theresa May retained her portfolio and is at the helm of the Home Office, the reshuffle led to the appointment of a new Immigration Minister - Mark Harper.

Harper comes to the Home Office from his role as the Parliamentary Under Secretary for Constitutional and Political Reform between 2010 and 2012.

The previous Minister of State for Immigration, Damian Green, has now become the Minister for Policing and Criminal Justice (joint with Ministry of Justice). Green continues to remain at the Home Office with his new role.

Green was the Immigration Minister between May 2010 and September 2012. While he was in charge, the Home Office planned to introduce a targeted interview system for student visa applicants.

More interviews and greater powers to refuse bogus students will help the UK’s border control agency to “weed out abuse and protect the UK from those looking to play the system”, Green had said at that time.

Green was also at the heart of the London Metropolitan University’s HTS licence revocation in August 2012. The withdrawal of London Met’s licence to sponsor international students has left as many as 2000 students looking for new sponsors.

Lynne Featherstone has left the Home Office to become a Minister at the Department for International Development while former Home Office ministers Nick Herbert and Lord Henley have left the government.

Theresa May described the new team of ministers as “talented and committed”. May said that following the changes, the Home Offices will continue to implement vital reforms to policing, crime and immigration.

“We are freeing up the police to fight crime, securing the UK border and controlling immigration and keeping the country safe against the threat of terrorism,” May said.

Quick look at the who’s who in the new Home Office team: