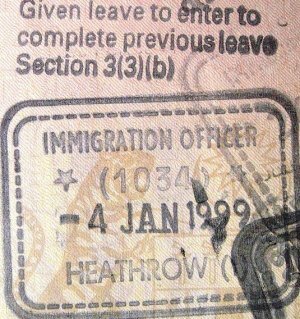 Foreigners applying for a student visa in the UK will be asked a number of questions about immigration, education history, and financial circumstances.

The Home Office will refuse visas if it is not satisfied that the applicant is a genuine student.

UK’s Immigration Minister Damian Green has said that a targeted interview system for students will be introduced this summer and will concentrate on high-risk applicants.

“With more interviews and greater powers to refuse bogus students we will weed out abuse and protect the UK from those looking to play the system,” Green said.

Under the current system, UK Border Agency (UKBA) officers are unable to refuse some applications even if they have serious concerns over the credibility of the student, he added. “We are toughening up the system to ensure genuine students benefit from our country's excellent education sector.”

“The message is clear - if you lie on your application form or try to hide your true motivation for coming to the UK then you will be found out and refused a visa,” Green concluded.

The new interview system follows UKBA’s pilot project last year to tackle concerns about the legitimacy of some applicants.

The agency interviewed more than 2,300 student visa applicants to test how effective face-to-face interviews would be - in addition to existing application processes.

Under the pilot, around a fifth of the applicants were refused entry to the UK based on their interview.

One of the main issues was the inability of interviewees to display the required level of English, according to the agency. Some were unable to answer basic questions in English without the aid of an interpreter - despite stating on their application forms that they had the necessary language qualifications to study at higher and further education standards in the UK, it added.

The agency is expecting to interview up to 14,000 students in the next 12 months and has said that it will refuse visas if it is not satisfied that the applicant is a genuine student.