British Prime Minister Theresa May ended her first India visit as PM in style! She sportingly wore a saree to visit the oldest and historic Halasuru Someshwara temple in Ulsoor, Bangalore. May’s saree look was given a thumbs up and made her India visit a memorable and impressive one. 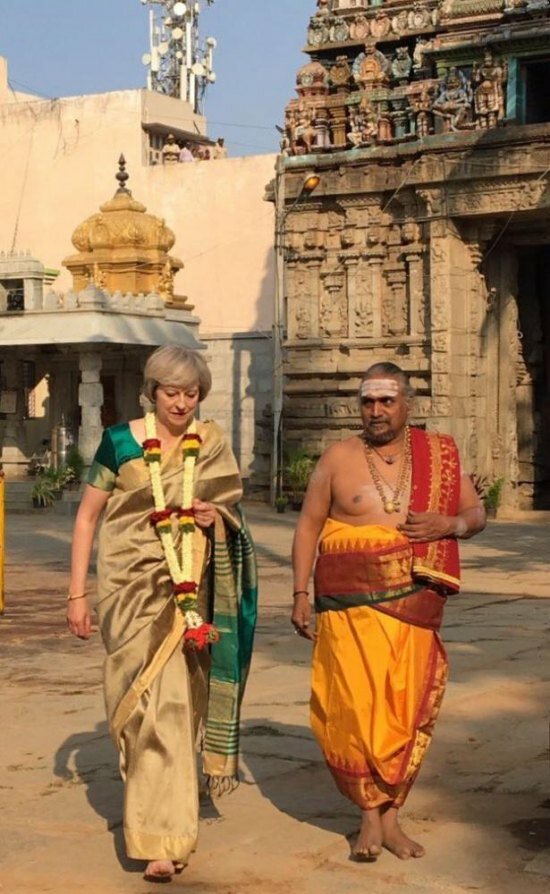 UK PM May was in India for three days after PM Modi invited her to strengthen trade and bilateral ties between the two countries. India visit was May’s first official foreign trip as PM outside of Europe. In her trip, she discussed how to improve trade ties between UK and India and pledged to further improve visa regimes for Indians.

All eyes were on the British PM and her strategies and policies. 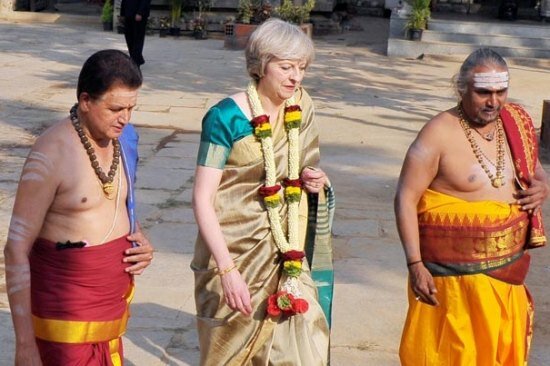 May and Modi together mapped out a clear trade and mutual investment strategy during her three-day visit.

Already impressed with May’s commitment to India, her fans and Indian media were further charmed by the Premier when she made an appearance in saree and paid respects at the historic Someshwara temple. 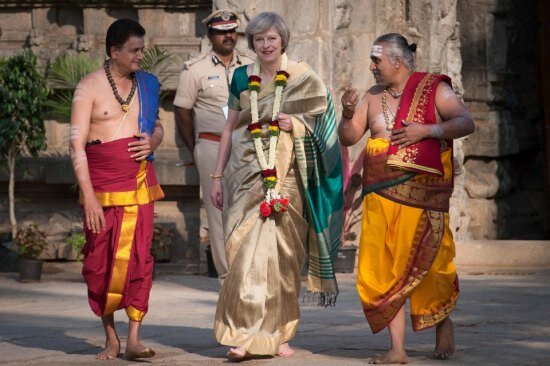 For the temple visit, May wore a mellow gold-coloured silk saree and bright green blouse. She also sported a garland and was photographed heavily as she took the temple tour and paid respects alongside two temple priests. 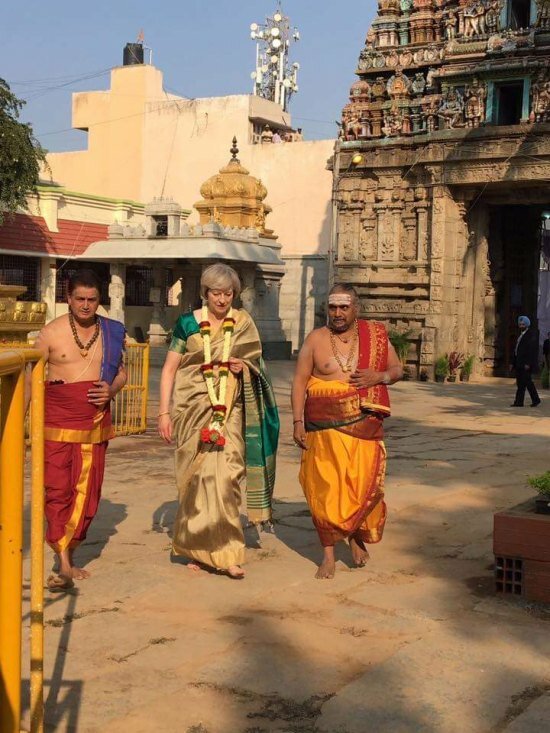 Theresa May impressed everyone - fans and critics alike - in the saree

Someshwara temple in Bengaluru is the oldest temple in the city. The temple is dedicated to Hindu god Shiva and is considered to have been built back in the Chola Dynasty period (3rd century BCE).