Speculations are rife about Saif Ali Khan-Kareena Kapoor wedding - the Bollywood wedding of the year 2012. While both actors are tight-lipped, it is thought that the couple could tie the knot in just two weeks’ time (Tuesday, Oct 16) at the traditional Pataudi Palace in Haryana. 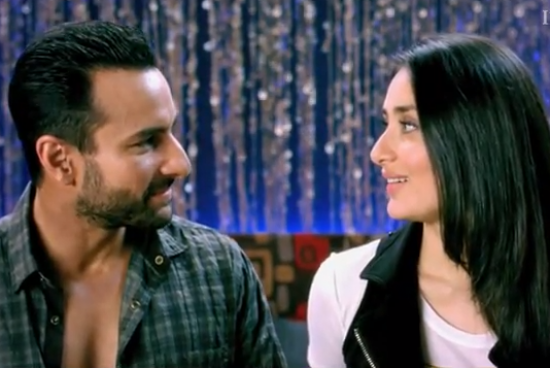 Pataudi Palace in northern India, traditionally the home to the Nawab of Pataudi, is now home to a heritage hotel.

According to IANS (the Indo-Asian News Service), the palace is being refurbished ahead of the imminent wedding. It is not yet clear if the refurbishment is linked to the wedding and whether the wedding ceremony will take place at the palace. Previously there have been reports about Saif and Kareena having a wedding in London on October 19.

Saif Ali Khan (42) was reportedly ordering a suit for himself from London when he was at the UK capital for the Burberry fashion show.  Meanwhile Bebo’s bridal attire is likely to be designed by Delhi-based fashion designer Ritu Kumar and will be inspired by Sharmila Tagore’s wedding attire. Kareena will also wear the original Pataudi family wedding dupatta which was used by Tagore and even her mother-in-law.

Saif and Kareena have been together since 2007 and have appeared together in several films including Tashan, Kurbaan and Agent Vinod. Kareena Kapoor’s last film was Madhur Bhandarkar’s Heroine and Saif Ali Khan was last seen in Homi Adajania’s Cocktail alongside Deepika Padukone and Diana Penty.

The Saif-Kareena wedding is likely to be the Bollywood wedding of the year as both the actors belong to the film fraternity. Kareena’s sister Karisma Kapoor and cousin Ranbir Kapoor and yesteryear’s Rishi Kapoor, Randhir Kapoor and Neetu Singh as well as Saif Ali Khan’s mother Sharmila Tagore and sister Soha Ali Khan are likely to be behind the show at the wedding.