Bollywood superstar Amitabh Bachchan will be honoured by the British Parliament with the 2013 Global Diversity award in London. Bachchan also attended a charity event at 10 Downing Street hosted by Samantha Cameron and met PM Cameron. 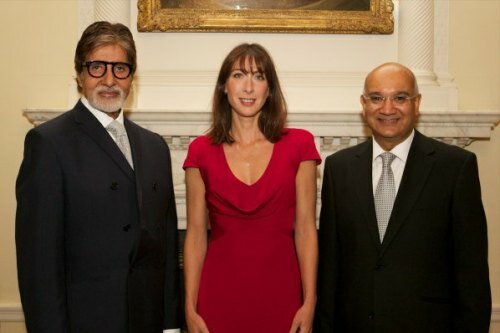 The Bollywood icon has been invited for a tour of the Houses of Parliament and to meet the Speaker on Wednesday, September 11, the same evening when he will be given the Global Diversity Award for his contribution to the arts and cinema industry.

And a day before, he was the Guest of Honour at an evening reception at UK Prime Minister’s residence.

“Last night at 10, Downing Street was a rewarding experience. Today at Parliament and the Speaker and a Global Diversity Award!!,” the 70-year-old actor posted on his Twitter account.

On September 10, a reception was held at the UK Prime Minister’s official residence -- 10 Downing Street in recognition of a diabetes charity in the UK called Silver Star Diabetes.

“I am International Patron for Silver Star Charity for Diabetes detection, where I have worked for years!” the actor said on Twitter. 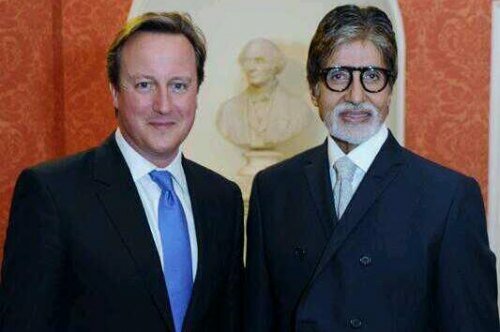 The evening was dedicated to the Leicester-based charity Silver Star Diabetes and was organised by Samantha Cameron a prolific charity worker. Prior to the gala evening, a “Fun Walk” in Harrow was organised to raise awareness for diabetes. Bollywood legend, Bachchan will hand over certificates to few lucky winners of the Fun Walk in a special reception at the Palace of Westminster.

The charity was established by Rt Hon Keith Vaz MP in 2007 and was launched by Bachchan then. Silver Star has mobile vans that run and perform simple detection tests on individuals. It has branches in Mumbai and in Goa with mobile vans named after the legendary actor and his legendary father Harivanshrai Bachchan.

A recent study into diabetes in the UK revealed that people from minority ethnic groups such as South Asians including Indians, Sri Lankans, Bangladeshis and Pakistanins are more prone to diabetes.

In a series of Twitter feeds, the Bollywood actor revealed more fascinating facts to his followers. “Prime Minister David Cameron gave exclusive time to us, in one of the many historic rooms of the Residence, 10 Downing Street,” he said.