Bollywood star Ranbir Kapoor turned 30 on September 28. The actor who is still revelling in the glory and praises for his performance in Barfi! rang in his milestone birthday with Deepika Padukone, Katrina Kaif, Karan Johar and Anushka Sharma.

Director Karan Johar who also attended the party posted a picture of himself and Ranbir Kapoor on Twitter with a birthday wish: “Wishing the super talented Ranbir Kapoor a very happy birthday!!! More power to him!!” Johar said on Twitter. 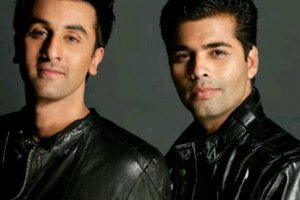 Deepika Padukone, Ranbir Kapoor’s ex-flame but good friend attended the birthday bash in casual attire. She was dressed in jeans, white top and a checked shirt and completed her looks with geeky glasses. Deepika and Ranbir are together filming for their next project Yeh Jawani hai Deewani which will release in 2013.

Katrina Kaif who was rumoured to be in a relationship with Ranbir Kapoor also attended the party in a fuschia-coloured dress with minimal makeup. Katrina Kaif will be seen in the opulent Yash Chopra drama Jab Tak Hai Jaan alongside Shah Rukh Khan for the first time.

Meanwhile, Anushka Sharma -- who too will be seen in Jab Tak Hai Jaan -- wore an orange mini dress for Ranbir's birthday party. Anushka will be seen playing a lead role opposite Ranbir in their upcoming film Bombay Velvet.

Ranbir Kapoor who will be seen in three films in 2013 has demonstrated his ac ting talents in films including Rockstar, Rajneeti and Barfi! His latest film Barfi! has been picked as India’s entry for the Oscars this year and Ranbir Kapoor is expected to be one of the strongest contenders for Bollywood film awards for his role in it.

While Ranbir’s Barfi! co-stars Priyanka Chopra and Ileana D’Cruz weren’t seen at the party, its director Anurag Basu and Rockstar director Imtiaz Ali were both present.

In a recent interview, Ranbir Kapoor said that he is single but be willing to get married if and when he finds the right person.