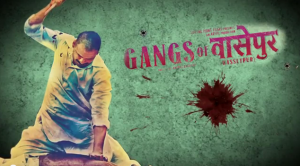 The 2012 Bollywood crime film is a five-hour long film of two parts. The released part (part 1) is set in Bihar (north India) during the end of British colonial era and explores the socio-economic and political dynamics of the time.

The movie has received positive reviews from fans on social media as well as from critics. Rajeev Masand, a film critic at CNN-IBN, gave the movie 3.5 stars out of 5 and called it “a gripping film that seizes your full attention.

Part 2 of Gangs of Wasseypur released in August but failed to impress the audience.

The first part of Gangs of Wasseypur received thunderous applause from the audience at LIFF in London where it premiered. The movie which was made on a low budget of under 10-crore rupees has collected nearly 30-crore rupees at the Indian Box office. Gangs of Wasseypur Part 1 has received equally favourable feedback from the international audience. and has been declared one of the hit Bollywood films of 2012.

"Despite its 160-minute running time, it leaves you begging for more," says film critic Deepa Deosthalee. The music, the screenplay and the casting choices have also been praised by the critics.

For Part 2, critic Deosthalee says that although the film is a direct continuation of Part 1 in terms of the violence and takes off from where the first one left, the sense of rich history and the pulsating characters seen in Part 1 was missing. The magic of the background score, which according to Deosthalee, was one of the powerful allies of the screenplay in the first part was also not recreated in the second part.

Watch the trailer of Gangs of Wasseypur Part 1 here: