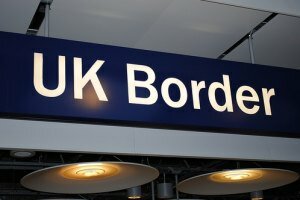 Indian men see UK student visa as “marriage dowry” because the female students can  bring over their partners to the UK who can then take up jobs, according to Glyn Williams, the head of migration at the Home Office.

Williams made the comment at a conference in London last week while arguing that prior to the UK Border Agency tightening the visa rules, it was used as a vehicle of abuse.

Williams also said that Indian men used the student visa extensively to gain access to live and work in the UK, according to a report on the Times Higher Education supplement.

Williams’ “marriage dowry” comment comes as new figures released by UCAS showed that the UK continues to remain a popular destination for international students, particularly for those outside the EU.

The number of students from outside the EU who want to come to the UK to study in 2012/13 has risen by 9.6% every year, the UCAS statistics showed.

There have been increases in the number of Chinese and Indian students applying for courses at British universities and colleges, according to the Home Office.

“Number of students from India and China has seen big increases. This shows that, despite stories to the contrary, students continue to want to come to the UK to study at our world class universities,” Immigration minister Mark Harper said.

“We have tackled abuse of the student route head on — without affecting genuine students. By protecting the reputation of the British education system we will be able to compete in a global race,” Harper added.

Harper was referring to the sweeping reforms the UK government made to the student immigration system to crack down on visa.

At the conference, Williams said that the coalition government’s stricter visa regulations and its stricter inspection into educational institutions that sponsor student visa have helped limit the abuse on the system.

Last year, the government withdrew London Metropolitan University’s license to issue visas to foreign students which affected as many as 2,000 international students. The license revocation came after Home Office inspection raised concerns over some international students' absence and their English language skills.

Under the coalition government’s tightened visa rules only genuine students enter the UK for the purpose of studying and not "seeking work". The Home Office said that, prior to the new rules,  a large number of Indian men had used the student visa as a vehicle to get entry into the UK.

Earlier in January, UK’s Higher Education Statistics Agency (HESA) study showed that the number of Indian, Sri Lankan and Pakistan domicile students fell for the first time in 2011-12. But overall, students from China and India still accounted for over 35% of all non-EU domicile students in the UK, it further found.